Home>News>France sends help to Mauritius to deal with Wakashio oil spill
By AT editor - 8 August 2020 at 8:25 pm 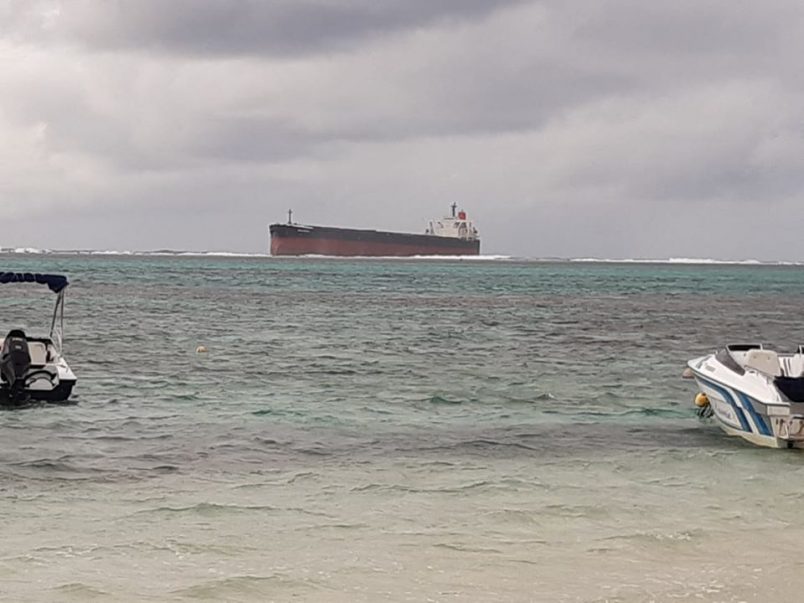 The French government is sending assistance to Mauritius, in order to help the Indian Ocean island nation deal with a shipwrecked tanker that is now leaking oil into a protected marine area.

“When biodiversity is in danger, there is an urgent need to act. France is there,” said President Emmanuel Macron, who said teams and equipment from the overseas territory of Reunion Island will be deployed to manage the environmental catastrophe. They include a CASA CN-235 military aircraft with pollution control gear, as well as a French Navy liaison officer.

Macron’s response on Saturday came as Mauritius declared a state of emergency over the incident, and it followed a direct appeal from Prime Minister Pravind Jugnauth.

“The sinking of the Wakashio represents a danger for Mauritius. Our country does not have the skills and expertise to refloat stranded ships, so I asked for help from France,” the prime minister said.

The MV Wakashio, a Japanese ship carrying 4,000 tons of fuel oil and another 200 tons of diesel, ran aground near Pointe d’Esny on July 25 with the crew safely evacuated and the area quickly closed to tourists and other boat traffic.
Officials in Mauritius quickly laid down booms to protect the lagoons from any possible fuel spill, but by Thursday environment minister Kavy Ramano learned the ship’s hull had cracked amid growing concerns that it could break up.
Image: Government of Mauritius