Home>News>France responds after deadly attack at Nigerien wildlife park
By AT editor - 10 August 2020 at 6:51 pm 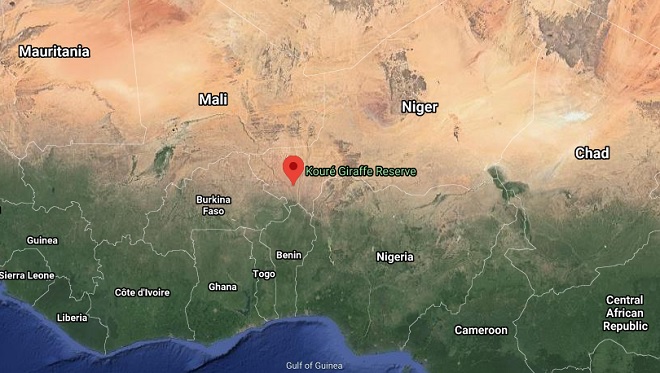 Leaders in Niger and France said they were in close contact following the deaths of eight people attacked at the Kouré Giraffe Reserve on Sunday, seven of them working with the aid organizations ACTED and IMPACT Initiatives.

President Mahamadou Issoufou said he had spoken with French President Emmanuel Macron by telephone after learning that six French nationals were among the aid workers killed by unknown armed assailants.

“Our countries are stricken, but our determination to fight armed terrorist groups remains intact. The fight continues,” said Macron. He said he mourned the loss of those who devoted themselves to helping others.

In a joint statement, the ACTED and IMPACT groups said they were horrified to hear of the deaths of their workers, as well as a Nigerien guide at the giraffe park. The organizations did not identify the victims.

French foreign minister Jean-Yves Le Drian said the ministry and the embassy in Niamey are committed to helping the families of those lost to yet another terrorist attack in the volatile Sahel, where French diplomats and troops have worked for years to improve security and humanitarian aid for the region.

“France is determined to ensure that the imperative to protect humanitarian and health workers is respected,” he said. “Every effort is being and will be made to clarify the circumstances of this deadly attack.”