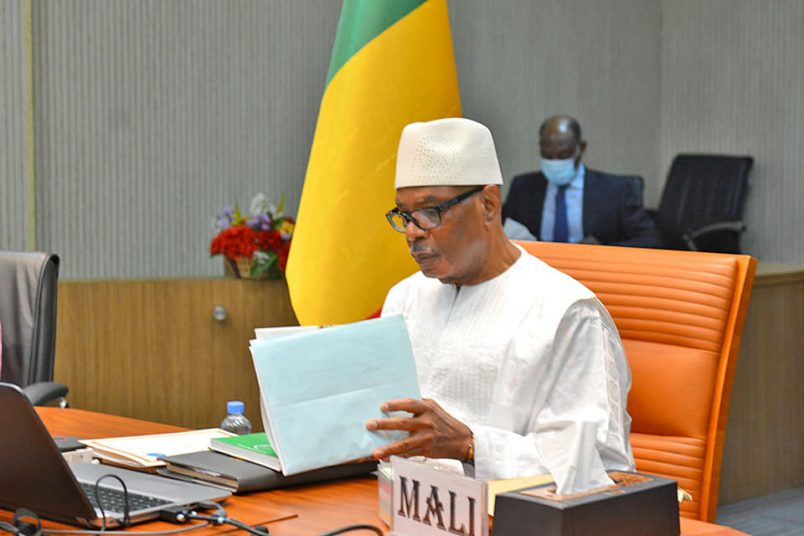 All eyes are on Mali as President Ibrahim Boubacar Keïta announced his resignation late Tuesday, following a tense day that saw a faction of its military rebel and place the president and top officials in detention.

The unfolding events are prompting the global community to appeal for calm.

“I strongly condemn the forced detention of President Ibrahim Boubacar Keïta of Mali, the prime minister (Boubou Cisse) and other members of the Malian government, and call for their immediate release,” said Moussa Faki Mahamat, chairman of the African Union.

Mahamat appealed to the mutineering soldiers to avoid violence, and respect the country’s constitution and its institutions. That appeal for calm was echoed by the United Nations, the European Union, individual nations including France and the regional Economic Community of West African States (ECOWAS).

ECOWAS, which has worked in recent months to assist Mali in resolving its political and social crisis, acknowledged the complexity of the Malian situation while urging military actors to negotiate Mali’s future without violence. The unrest in Mali adds to the precarious security situation there and in the wider Sahel region.

The Malian opposition movement 5 Juin – Rassemblement des Forces Patriotiques, led by Mahmoud Dicko, continues to press for Keïta’s resignation despite an ECOWAS plan to stabilize Mali and establish a government of national unity. The plan, developed just a few weeks ago, also calls for the resignation of dozens of MPs elected in March but viewed as illegitimate by the opposition.

Protests that followed the March elections and the abduction of opposition leader Soumaïla Cissé have continued for weeks, with clashes between security forces and Malian activists.