Home>Politics & Policy>ECOWAS to act on Keïta but Mali opposition rejects interference
By AT editor - 20 August 2020 at 11:56 pm 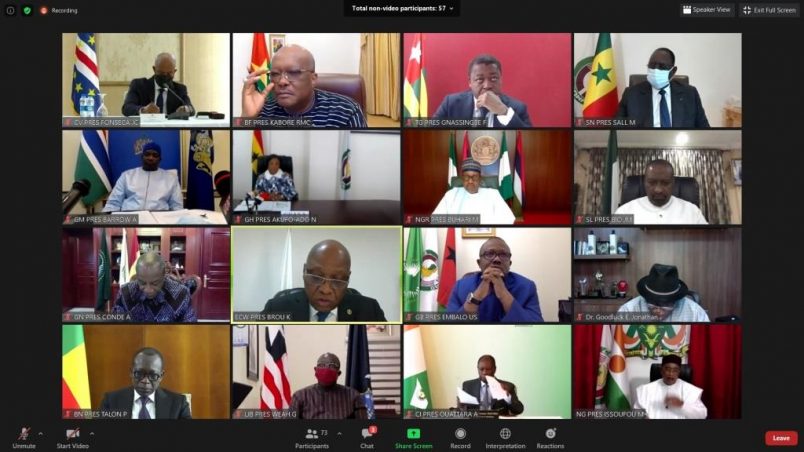 The Economic Community of West African States plans to send another delegation to Mali to address the ongoing coup, but both the new military leadership and main political opposition oppose their intervention.

That’s according to reports that the Mouvement du 5 Juin-Rassemblement des Forces Patriotiques (M5-RFP) leaders are now aligned with Colonel Assimi Goita and the military contingent that took over the Malian government, forcing the resignation and detention of Ibrahim Boubacar Keïta.

They’ve rejected any foreign interference in the process and specific measures, including sanctions enacted by ECOWAS following an emergency video summit on Thursday that included South African President Cyril Ramaphosa in his representing the African Union.

“Mediator Goodluck Jonathan is available to continue his mission of reconciling the positions of all the parties and reconciliation of the Malian people,” said a statement released by Nigerien President Mahamadou Issoufou, current head of the 15-nation ECOWAS. “We are therefore going to initiate discussions with the leaders of the military junta to bring them the message of our community and make them understand that the time for taking power by force is over in our sub-region.”

ECOWAS said the body refuses to recognize Goita and the new Comité National pour le Salut du Peuple (CNSP), while reasserting condemnation of this week’s coup. They’re calling for the release and reinstatement of Keïta, along with the announcement of punitive measures rejected by Mali’s opposition.

The measures include Mali’s suspension from ECOWAS decision making, a call for closure of ECOWAS borders and monetary flows with Mali, and the economic sanctions against Goita and other leaders.

“Mali is in a critical situation, with serious risks that a collapse of the state and of the institutions will lead to setbacks in the fight against terrorism and organized crime, with all the consequences for our entire community,” said the Issoufou statement. “This means that this country needs our solidarity more than ever.”

Biden plans Day One reversal of Trump policies on immigration