Home>Politics & Policy>UN urges Libyan ceasefire despite Haftar's rejection
By AT editor - 25 August 2020 at 2:34 am 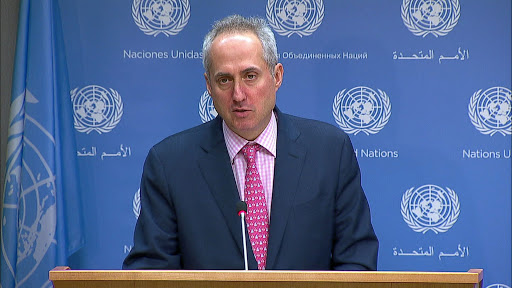 Although Khalifa Haftar and his eastern Libyan forces have rejected the call for a ceasefire put out by Government of National Accord (GNA) leader Fayez Al-Sarraj, the United Nations says it continues to back diplomacy in resolving the long-standing crisis.

“I’ve just read out a rather comprehensive humanitarian update, which underscores a very dire situation.  And that situation is dire, among other things, because of the continuing fighting, the continuing risk of escalation, especially around Sirte,” said Stéphane Dujarric, the spokesman for Secretary General António Guterres.

“It is important that, whether it’s the Libyan National Army or others, the Government of National Accord, that they all the work together with the UN … to put a halt to the fighting for the good of the Libyan people,” he added.

Dujarric referred to a new humanitarian update that found the lives of more than 125,000 people in and around Sirte remain at great risk because of the fighting. The UN already has reached more than 243,000 people needing humanitarian assistance this year, including 66,000 internally displaced people and 58,000 migrants and refugees.

The fighting that began last April, when Haftar and the Libyan National Army targeted the Tripoli government, has led to greater crises, especially with more than 11,000 COVID-19 cases in Tripoli, Misrata and all the more in the country’s south. Health care systems are strained, power cuts last 18 hours a day, and fuel and other shortages are making aid delivery even more difficult.

“The Secretary General hopes the calls for a ceasefire will be respected immediately by armed forces from both sides and that its implementation will be taken up quickly within the UN-facilitated 5+5 Joint Military discussions,” Dujarric said.