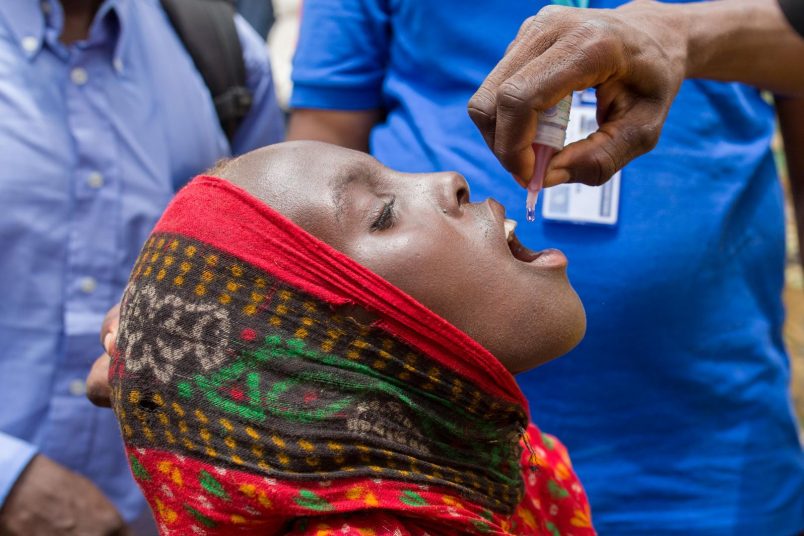 Africans celebrated the end of wild poliovirus on the continent on Tuesday, making good on an international promise that dates to 1996 and the Nelson Mandela era.

“This is a momentous milestone for Africa. Now future generations of African children can live free of wild polio,” said Dr Matshidiso Moeti, WHO Regional Director for Africa. “This historic achievement was only possible thanks to the leadership and commitment of governments, communities, global polio eradication partners and philanthropists. I pay special tribute to the frontline health workers and vaccinators, some of whom lost their lives, for this noble cause.”

The World Health Organization and independent Africa Regional Certification Commission (ARCC) for Polio Eradication officially declared the end of a disease that, at the beginning of the campaign, was paralyzing an estimated 75,000 children. The last case on the continent was recorded in Nigeria in 2016.

Polio eradication efforts across Africa have prevented up to 1.8 million children from crippling paralysis in that time and saved approximately 180,000 lives. This marks the eradication of the second virus from the face of the continent, since smallpox 40 years ago, said WHO in its release.

The ARCC’s decision comes after a long process of evaluating polio-focused health care capacities in 47 member states that included field verification visits to each country.

Moeti said Africa must remain vigilant to protect against polio, and still fights the battle against vaccine-derived polioviruses that affect 16 nations, including Ghana, Ethiopia and Zambia.

Yet Moeti also said the lessons learned from eradicating the disease will be helpful with future campaigns against other diseases, including the coronavirus pandemic.

“This will be the true legacy of polio eradication in Africa,” said Moeti.