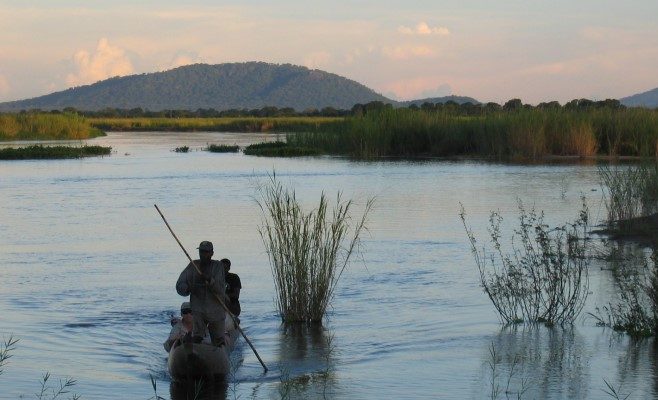 Malaria hits hard on the African continent, home to 93 percent of the world’s 228 million cases in 2018 and 94 percent of its fatalities. What scientists at the universities of Leeds and Lincoln in the UK want to know is how Africans might be affected in the climate change future, because climate – heat, humidity, rainfall – is critical to how the mosquito-borne disease is transmitted.

So they developed a new model to better map where outbreaks are likely, one they say more accurately accounts for water and moisture, and its evaporation, infiltration and flow through rivers. Their study, published in Nature Communications, highlights how river corridors serve as “hot spots” of malaria transmission.

The results point to some changes in where malaria might be observed in the future, despite the public health gains of the past.

Botswana and Mozambique, for example, benefit from more arid conditions that discourage malaria transmission when compared with other African regions. Yet that advantage evaporates, too, when considering projections researchers developed while using the new hydrology mapping.

The Niger and Senegal rivers in Mali and Senegal, and the Webi Juba and Webi Shabeelie rivers in Somalia, are all potential zones for malaria transmission despite the fact they are outside the geographical zones currently identified as malaria-suitable regions.

The scientists say looking at the rivers and the breeding grounds near them is important because Africa’s human populations rely so heavily on its rivers.

“If we are to project the impact of climate change on the geography of malaria transmission, we need to develop more sophisticated ways of representing that envelope of malaria suitability both today and in the future,” said lead author Dr. Mark Smith.