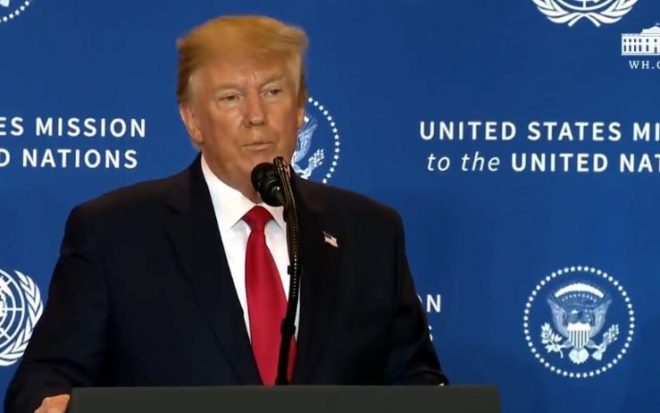 South Africans weighed in Tuesday on the alleged comments of President Donald Trump of the United States, whose remarks about African nations have faced scrutiny before but now include the late Nelson Mandela.

This time they’ve come up again through a new book written by former Trump attorney and disgraced insider Michael Cohen. Cohen’s “Disloyal” book details racist comments, including a criticism of Mandela, that the White House continues to deny; some of the remarks reported in 2018 drew outrage from Botswana and other African nations at the time.

“We do not believe that leaders who conduct themselves in the way Mr. Trump does are in a position to offer authoritative commentary on the life and work of Madiba,” said the Nelson Mandela Foundation in a statement.

“Reflecting on leadership, Madiba once said: ‘A good leader can engage in a debate frankly and thoroughly, knowing that at the end he and the other side must be closer, and thus emerge stronger. You don’t have that idea when you are arrogant, superficial, and uninformed.’ We would recommend these words to Mr. Trump for consideration.”

Also challenging Trump is the African National Congress, which called him the most “divisive, misogynistic and disrespectful person ever to occupy the office of the president.”

Mandela stands in stark contrast to Trump, the ANC added, and he was a unifying and principled leader.

“President Mandela understood the value of international friendship amongst the countries of the world,” the ANC said. “The mark of a true leader is not how many enemies you create but how many friendships you cultivate.”