Home>ENERGY & COMMODITIES>Amnesty calls for inquiry into Mozambique's response to extremists
By AT editor - 10 September 2020 at 8:06 pm 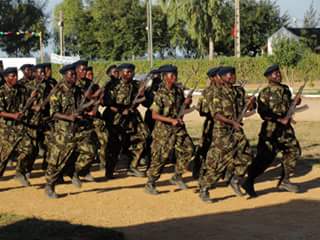 The struggle against extremism in northern Mozambique has escalated since 2017, notably as local fighters claiming alignment with Islamic State seized the strategic port at Mocimboa da Praia in August – a development the Center for Strategic & International Studies (CSIS) called a milestone for the insurgents, and their ability to interfere with foreign energy investment and the government forces defending the Cabo Delgado province.

Yet those security forces now stand accused of torture and other grave violations, according to an Amnesty International investigation based on video and images from Mozambique verified by the human rights organization. Amnesty said the situation is similar to that in Nigeria or Cameroon, where government forces have similarly responded brutally to extremists.

“The videos and pictures show the attempted beheading, torture and other ill-treatment of prisoners; the dismemberment of alleged opposition fighters; possible extrajudicial executions; and the transport and discarding of a large number of corpses into apparent mass graves,” said Amnesty in its statement.

The soldiers committing atrocities in the videos are wearing the uniforms of the Mozambique Armed Defense Forces (FADM) and the Mozambique Rapid Intervention Police (PIR). They speak Portuguese and Shangaan, a language from southern Mozambique, and refer to those detained as Al-Shabaab, a local name for extremists that have been terrifying communities in the region but are not affiliated with Somalia’s insurgents.

“The horrific videos and photos we analyzed are evidence of the serious human rights violations and shocking violence that has been taking place in Cabo Delgado, away from the international spotlight,” said Deprose Muchena, Amnesty’s regional director for East and Southern Africa. “The abuses attributed to the group known as Al-Shabaab can never justify further violations by the security forces of Mozambique.”

Amnesty International is calling on Mozambique to immediately order security forces to halt those violations, and to investigate and prosecute those responsible.