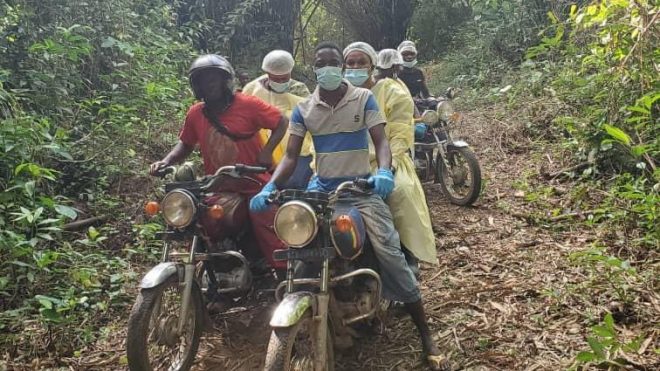 The ongoing Ebola outbreak in Democratic Republic of Congo has been overshadowed by the COVID pandemic, the country’s security crisis in the east and other headlines, but the virus has now claimed four dozen lives and experts are worried of a spread into Kinshasa or across the border.

“The most recently affected area, Bomongo, is the second affected health zone that borders the Republic of Congo, which heightens the chances of this outbreak to spread into another country,” says Fadéla Chaib, a spokeswoman for the World Health Organization.

There are now 17 health zones with positive Ebola cases, with at least 113 cases since the new outbreak began in Equateur Province in June. In Mbandaka, a city of more than one million people, health officials are concerned about the spread into Kinshasa because the area sits on a river-travel route that connects thousands of people to the capital each week.

Fighting the virus in this remote region means that health workers sometimes use boats, helicopters and motorbikes, above, to complete their work. Chaib said they often encounter community resistance, which was a problem in eastern regions affected by the previous Ebola outbreak in DR Congo, and they’re also feeling the strain with an ongoing strike of health care workers.

“We learned over years of working on Ebola in DRC how important it is to engage and mobilize communities,” Chaib said. “WHO is working with UNICEF in engaging religious, youth and community leaders  to raise awareness about Ebola.”