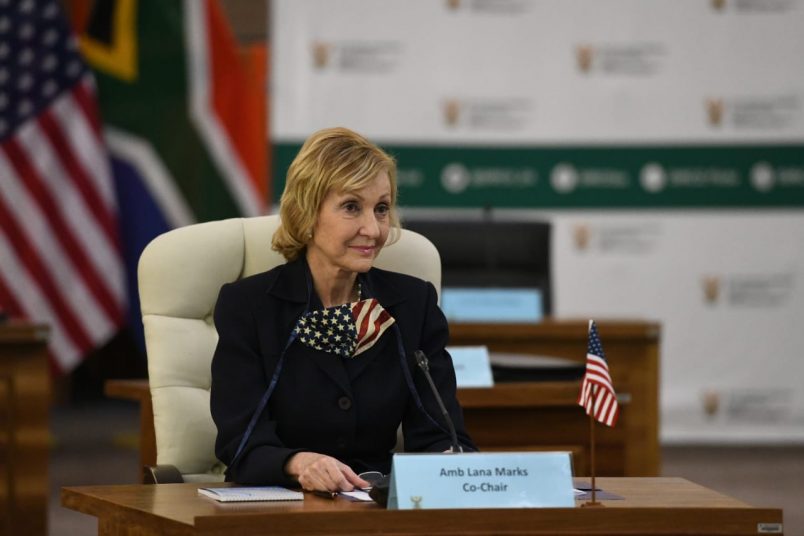 Intelligence officials in the United States warn that the U.S. ambassador to South Africa is the target of an assassination plot the Iranian government plans in retaliation for the death of Gen. Qassem Soleimani in January.

Soleimani, the powerful head of Iran’s Islamic Revolutionary Guard Corps and its Quds Force, was killed by a U.S. drone strike. The Iranians then conducted missile strikes against U.S. military bases in Iraq, in a pattern of escalation that was quickly overshadowed by the COVID-19 pandemic and other global crises.

Now Iran is seeking its revenge with Marks as the target, according to two U.S. officials speaking with Politico.

“U.S. officials have been aware of a general threat against the ambassador, Lana Marks, since the spring, the officials said. But the intelligence about the threat to the ambassador has become more specific in recent weeks,” said reporters Natasha Bertrand and Nahal Toosi. The Iranian embassy in Pretoria is alleged to be involved in the plot.

Iran denied the allegation, with spokesman Saeed Khatibzadeh insisting the story was planted “in an attempt to make it look real.”

“We advise the American officials to stop resorting to hackneyed and worn-out methods for anti-Iran propaganda in the international arena,” he added.

“The nature of the allegation and attendant threat doesn’t permit us to give any detailed updates on the investigations,” the agency said in its statement. However, President Cyril Ramaphosa and the South African foreign ministry, DIRCO, will be kept abreast of developments, as will U.S. officials.