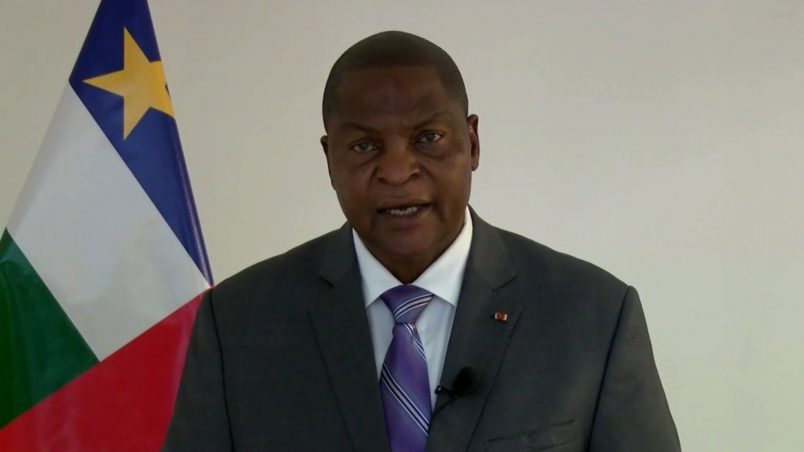 Incumbent President Faustin Touadéra announced on Saturday his candidacy in the upcoming December elections, following former Central African Republic (CAR) leader François Bozizé and his own intentions to return to the presidency – an expected development but one that raises tensions in the long-volatile CAR.

Bozizé made similar remarks to his Kwa na Kwa party supporters in July in Bangui, stressing the need for experience in the next president, according to Al Jazeera. Yet it’s precisely CAR’s shattering experience since Bozizé was ousted by primarily Muslim Séléka rebels in a 2013 coup, and the ensuing years of conflict with Christian anti-Balaka fighters, that have observers concerned.

A February 2019 peace deal between Touadéra’s government and a coalition of armed opposition groups has helped to achieve some stability but the fighting continues. So do significant war crimes, of which Bozizé himself stands accused, while recent patterns of government repression directed at Bozizé raise alarms in a new report to the United Nations General Assembly.

“The persistent lack of good faith of the signatories, particularly the three main ex-Séléka armed groups” alongside  a “minimal commitment” from the CAR military are contributing to delays in implementing the peace agreement, the report said. Meanwhile, the political climate has deteriorated since April arrests targeting Bozizé supporters.

“Against this electoral backdrop, it is imperative that inclusive dialogue be resumed in order to restore the confidence of the different actors, in a peaceful move towards free and transparent elections,” the authors warn.