Home>Health>South Africa’s economic recovery complicated by costs of prohibition
By AT editor - 28 September 2020 at 10:17 am 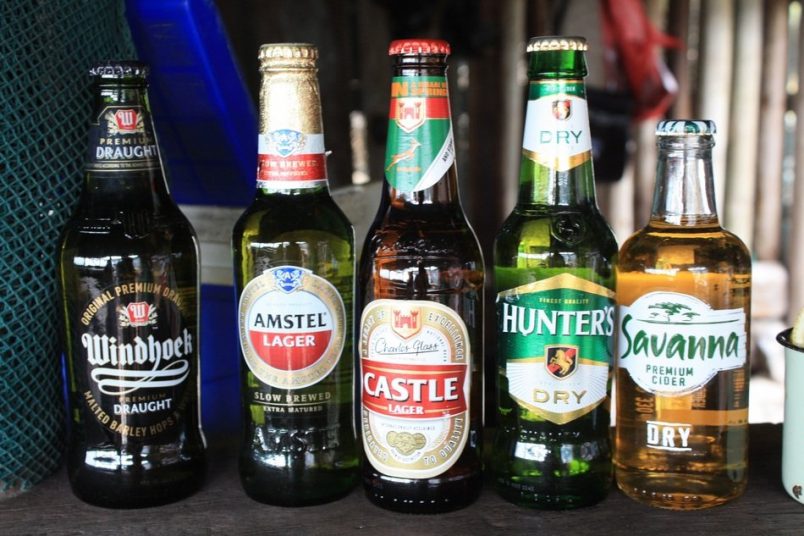 The head of South Africa’s tax authority (SARS) has warned that it may take years to dismantle the criminal networks that have flourished during the alcohol and tobacco ban implemented as part of the country’s response to coronavirus.

SARS Commissioner Edward Kieswetter said that the ban – which was established as part of the government’s wider Covid-19 strategy – has allowed illegal operators to infiltrate the market, marketing counterfeit products to unwitting customers. The ban has been compared to the US government’s attempt to introduce prohibition in the 1920s; that policy backfired spectacularly, ushering in a lucrative bootlegging industry and empowering the country’s criminal networks.

Thanks to a thriving black market throughout the lockdown period, the supply of liquor in South Africa has remained frustratingly buoyant, while legitimate retailers have been hit with plummeting revenues and thousands of job losses. And, with restaurants being among the hardest hit, some have resorted to openly flouting the ban, serving wine out of teapots, complete with sugar sachets, in a move reminiscent of American prohibition-era speakeasies.

The ban has sapped tax revenues from the public purse—as much as $568 million in the first four months of this financial year, according to treasury data—and, perhaps most dangerously, exposed citizens to illicit liquor that may not comply with health and safety requirements. Indeed, four members of a family living in Johannesburg recently died after consuming bootleg liquor.

While the number of people purchasing illicit alcohol has exploded in South Africa thanks to the restrictions during the coronavirus pandemic, it’s long been a problem in other parts of the continent. Uganda was traditionally a case in point: in 2016, the World Health Organization estimated that Ugandan drinkers consumed a staggering 23.7 litres of alcohol per capita. Up to 89% of this alcohol was unregulated and illegally sold, with much it consumed in individual sachets, even after these small packets of spirits were officially banned last year.

Like the bootleg liquor which has flooded South Africa in recent months, this low-cost alcohol is frequently laced with ethanol and other impurities, including heavy metals, and are manufactured in hazardous working environments, where poorly paid workers risk horrific burns from frequent explosions. The widespread consumption of unregulated alcohol led to a whole host of problems in Uganda, exacerbating chronic levels of poverty and sparking an epidemic of mental health problems and cases of blindness due to the toxic chemicals found in this homebrew.

Uganda, however, is now taking concrete steps towards more effectively regulating liquor. To do so, it’s taken a leaf out of its neighbours’ books who have managed to effectively crack down on the scourge of illicit and unsafe alcohol. Kenya, for example, has won praise for its Excisable Goods Management System (EGMS)—initially focused on alcoholic drinks and cigarettes, the cutting-edge tax stamps were subsequently extended to bottled water and other drinks—which has helped dramatically increase excise collection.

Since introducing the EGMS scheme, the Kenya Revenue Authority (KRA) has shut down hundreds of illegal producers, resulting in more than 800 prosecutions. The KRA uses intelligence from manufacturers and importers of legitimate products – and from its own testing and enforcement teams – to quickly root out contraband goods before they can be widely distributed.

Tanzania has also ramped up its oversight of alcohol after implementing its Electronic Tax Stamps (ETS) system in January 2019. The scheme has played an essential role in curbing the proliferation of counterfeit products on the Tanzanian market and has brought in significant tax revenue. Just three months after the scheme was put in place, Tanzanian tax officials estimated that the ETS system was helping them recoup some $1.7 million a month. Over the course of the past financial year, the scheme pushed tax revenues up by an impressive 34%, prompting Dar es Salaam to roll out the system for bottled water and soft drinks as well.

Uganda is now in the process of implementing a similar scheme, despite manufacturers having repeatedly tried to derail the rollout, and has seen encouraging results so far. Under the system, Digital Tax Stamps (DTS) are applied to eligible goods, allowing tax revenues to be more easily collected on alcohol, soft drinks and tobacco products, whether locally manufactured or imported. Earlier this year, the Uganda Revenue Authority (URA) announced 139 drinks producers – including 84 spirits companies – were now contributing to tax revenues after years of evasion.

The successful deployments of these electronic tracking systems in East Africa have also pushed governments elsewhere on the continent to pursue similar solutions. The government of Togo, for example, instituted a new traceability system for products including tobacco earlier this month, following World Health Organisation (WHO) directives in maintaining independence from the tobacco industry. Togolese tax authorities predict the system will help the country close a budget deficit of 15 billion CFA francs (roughly €22.9 million).

Such a scheme could help countries like South Africa clamp down more emphatically on the illicit alcohol trade, bringing long-term advantages to consumers, producers, and the public purse.

While the recent prohibition period has stymied business for law-abiding producers, it’s had the opposite effect on the criminal networks that have profited from a bumper season. Things are gradually returning to near-normal, with the last ban on alcohol sales was lifted last month, although trade is currently restricted to four weekdays with no sales permitted after 10pm.

Critics argue that far from delivering any tangible benefits, the prohibition period has, instead, further undermined regulatory safeguarding policies and put the squeeze on the tax revenues so desperately needed for public projects. Inward investment is also suffering; it’s believed that the ban on alcohol sales led to the suspension of millions of dollars’ worth of investment by international brands including Anheuser-Busch (AB InBev) and Heineken NV.

No excise revenue system is infallible, but if South Africa is brave enough to adopt a comprehensive tracking scheme independent of manufacturers’ vested interests – a system like those which have put the public’s interest first and enjoyed success in other African countries – the war against illicit trade can still be won.