Home>Politics & Policy>HRW: Irreecha festival may prove a flashpoint in uneasy Ethiopia
By AT editor - 1 October 2020 at 2:33 pm 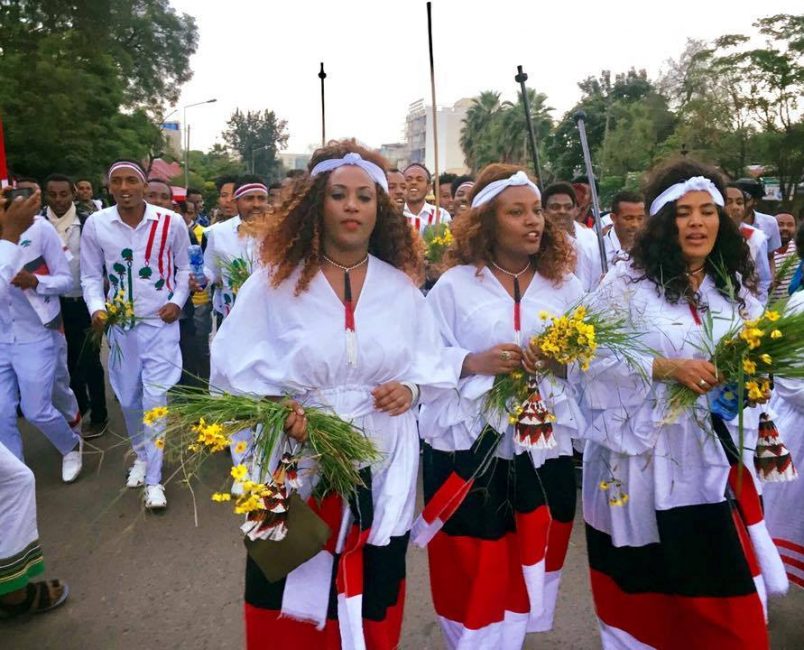 Human rights campaigners are appealing for calm and restraint in Ethiopia, as the Oromo people celebrate the Irreecha harvest festival this weekend amid ongoing political divisions.

“This year’s festival, on October 3 and 4, occurs against the backdrop of escalating tensions and unrest in Oromia,” said Laetitia Bader, the Horn of Africa director for Human Rights Watch. “On June 29, the assassination of popular Oromo singer Hachalu Hundessa triggered violence, leaving hundreds killed, some by security forces, others by civilian perpetrators, and massive property destruction and displacement.”

Hachalu’s death led to mass protests and arrests, and renewed focus on Oromia’s political leaders. The Oromo opposition to land annexation in and around the Addis Ababa capital in 2015 led to violent protests and, across several years, the rise of Prime Minister Abiy Ahmed – an Oromo leader himself.

But the successes of Abiy’s tenure, including a Nobel Peace Prize after achieving a 2018 deal with neighboring Eritrea, have been overshadowed by divisions among the country’s ethnic states. The tensions again increased after Ethiopia’s elections, originally planned for August, were postponed because of the coronavirus pandemic.

The Irreecha festival in 2016 was marred by violent clashes between the Oromo and security forces, with the Ethiopian Human Rights Commission conducting an investigation and claiming a death toll of 669 people. That tally was disputed by observers who said it was much higher.

Some Ethiopians are concerned that attendance limits on this year’s Irreecha gathering because of the COVID-19 pandemic are a selective means of controlling Oromo cultural and political expression.

“With tensions already high, expressions of dissent and resistance to government directives may be expected,” said Bader. “The government should show it has learned lessons from its recent responses to demonstrations and the events of 2016 by ensuring security forces exercise restraint and allowing gatherers to celebrate safely.”