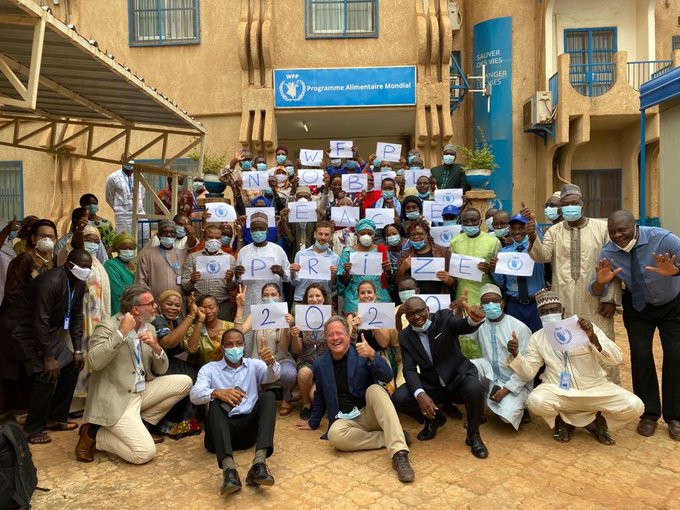 The 2020 Nobel Peace Prize is awarded to the World Food Program (WFP) for its efforts to fight hunger, thereby improving the prospects for peace in global conflict zones and prevent the use of hunger as a weapon of war.

“The coronavirus pandemic has contributed to a strong upsurge in the number of victims of hunger in the world,” said the Norwegian Nobel Committee in its award announcement. “In countries such as Yemen, the Democratic Republic of Congo, Nigeria, South Sudan and Burkina Faso, the combination of violent conflict and the pandemic has led to a dramatic rise in the number of people living on the brink of starvation.”

The WFP has ramped up its efforts in the face of the COVID pandemic, with the organization itself noting that “food is the best vaccine against chaos” until a safe and accessible medical vaccine is available.

“We are deeply humbled to receive the Nobel Peace Prize,” said WFP executive director David Beasley “This is an incredible recognition of the dedication of the WFP family working to end hunger every day.”

Last year the WFP served close to 100 million people in 88 countries who experienced food insecurity, many of them on the African continent where climate-related disasters and conflict created difficult conditions made worse by the coronavirus outbreak. Most of the hunger increase WFP sees has been caused by war and armed conflict.