Home>LEADERS & COMPANIES>Report: EG's Teodorin Obiang spotted at exclusive Maldives resort
By AT editor - 20 October 2020 at 12:42 am 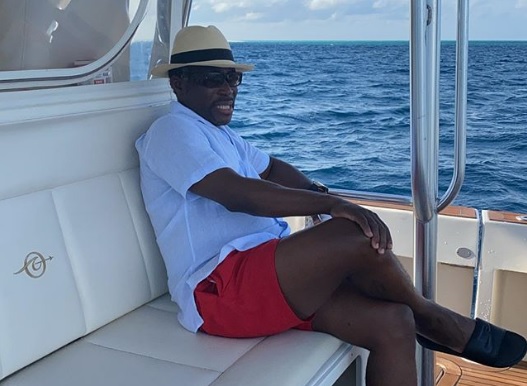 The globetrotting Teodorin Obiang is raising a few eyebrows again, this time for his stay at the tony Four Seasons on Voavah where he’s enjoying a lavish holiday lifestyle on a private island in the Maldives.

Obiang, the son of President Teodoro Obiang and a vice president of Equatorial Guinea, was spotted at the resort by French freelance journalist Emmanuel Freudenthal, who noted that the accommodations in the Maldives cost about US$50,000 per night.

Freudenthal is an investigative journalist specializing in African affairs, with a focus on authoritarian rulers and elites given to excess – often at the expense of their own citizens. Last week, his work with co-author Laura Motet on wealthy French business leaders who are subverting strict COVID-19 travel rules was published by Le Monde.

This time, Freudenthal said he was able to track Obiang down by finding the location of his yacht, the “Ebony Shine,” which can be seen in the background of several of the videos and photographs posted by Obiang to his Instagram account. The yacht has been in Maldives since the beginning of October, he added.

“Seventy percent of Equatorial Guineans live in poverty,” said Freudenthal, who was quick to note the disparity between ordinary citizens and Obiang, a frequent target of corruption investigations including those led by France, Brazil and the United States. Spain and Switzerland also have looked into Obiang’s financial dealings.

U.S. officials noted in 2014 that Obiang received an annual government salary of less than $100,000, or roughly two nights’ worth of a stay at the private Maldives island. Yet he “used his position and influence as a government minister to amass more than $300 million worth of assets through corruption and money laundering, in violation of both Equatoguinean and U.S. law,” the U.S. Department of Justice said.