Home>Politics & Policy>Lagos governor pleads for protesters to 'give peace a chance'
By AT editor - 21 October 2020 at 6:16 pm 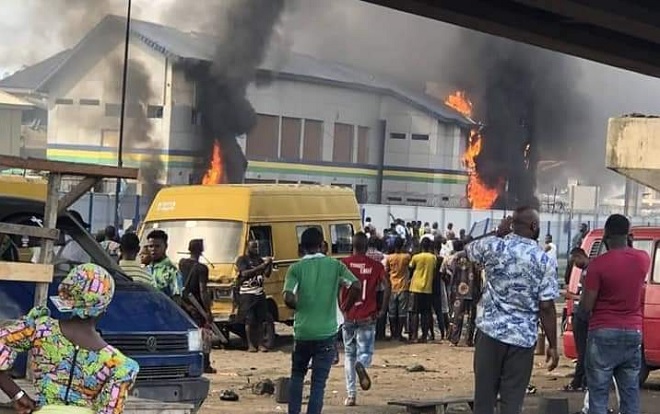 In Nigeria, the governor of Lagos State appealed for calm Wednesday as protesters defied a curfew and attacked police stations in retaliation for injuries and at least one death that followed violent clashes at the Lekki Toll Gate in Lagos.

Gov. Babajide Sanwo-Olu confirmed a fatality caused by blunt force head trauma, and said an investigation was under way to determine if the person was one of the protesters demanding an end to Nigeria’s Special Anti-Robbery Squad (SARS), an elite security force long accused of corruption and violence.

At least 25 people remain hospitalized with two of them in intensive care, he said. The Orile and Ilasamaja police stations were burned down on Tuesday, as was the Ajeromi Local Government Area office as the protests spread to Ogba and other areas. Another 19 people were injured in Ebute Metta, also within the Lagos region.

“I want to once again, and passionately from the depth of my heart appeal to our teeming youths, to our protesters that you should please give peace a chance,” the governor said.

Sanwo-Olu said flags will be lowered and state offices closed for business for three days, with the exception of security personnel. He also plans an investigation with a fact-finding team to include at least one retired military general as part of a five-member committee.