Home>In Depth>Better access to water the key to gender equality?
By Editorial Board - 23 October 2020 at 9:38 am 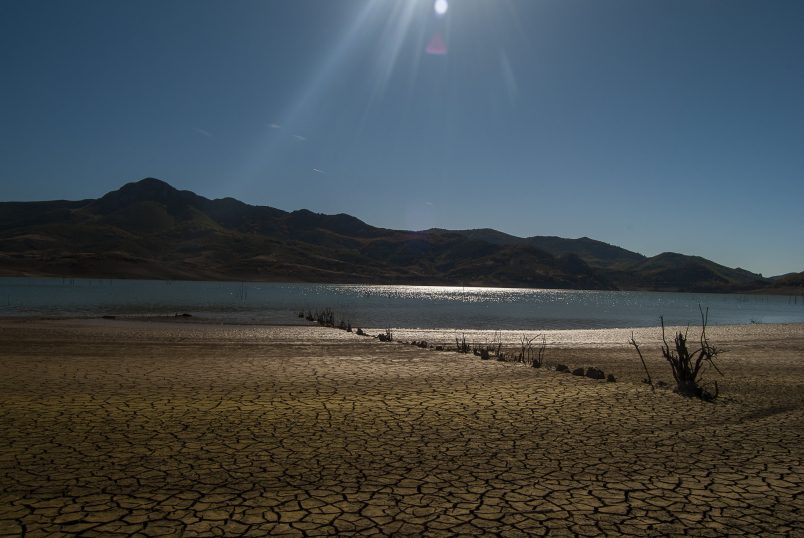 Access to water has long been recognized as a basic human right, but the ways in which women and girls bear the brunt of water scarcity is often overlooked by those who seek to address the issue. Now, climate change and coronavirus are combining forces to wreak havoc on African livelihoods and the environment at large, forcing women to the front lines of the continent’s battle for survival.

Displaced and refugee women in Africa are an especially vulnerable group at any time, not least during a global health crisis. According to a survey published earlier this month, more than 70% of these women report a rise in violence by their partners since the coronavirus pandemic first started, with more than half reporting a rise in sexual violence. The study establishes an interesting connection to water scarcity as well, since increased household demand for water means women and girls are spending more time at water points, where they are routinely subjected to sexual violence.

These shocking findings underline the impact that gender roles and patriarchal cultural norms have on women at times of water shortages, which, as climate change accelerates, are set to increase in frequency and last longer. The result is that women need to spend more time fetching water for their families. According to UNESCO World Water Assessment Program figures, women in sub-Saharan Africa spend no less than 16 million hours daily collecting water. Men, on the other hand, spend only 6 million hours carrying out the task.

“Men don’t suffer like women when the entire household lacks water,” one man in Kpalbutabo, Ghana, told researchers. “Women are more concerned about water because they take care of children. Women don’t expect their husbands to bath children or wash their clothing. It is their responsibility. So when water becomes scarce, women tend to have no peace of mind.”

Worse still, longer queues and increased sanitation demands due to the coronavirus pandemic are forcing women to walk longer distances. Violating curfew is now unavoidable for many. As a result, water collectors are at an increased risk of harassment and violence at the hands of military and police officials, and social distancing requirements means that walking in groups – a traditional safety measure – is impossible for now.

What this means for the women can be seen across Africa to devastating effect. In the state of West Darfur in Sudan, health clinics have treated 297 rape victims in just five months, more than 80% of whom were raped while undertaking “ordinary daily activities” such as fetching water from the river. In Nigeria’s Uke River region, one girl was gang raped in broad daylight. Her community has stopped reporting rape cases to local police.

Fortunately, there is now a growing push from international organizations and from African governments to improve water distribution across the continent – and to do so through a gendered lens. Apart from fixing the long-term issues underpinning water scarcity, bridging the gap with the ready provision of bottled water is a rapid solution to help communities get through the worst, be it in the context of Covid-19 or as a means to simply reduce women’s exposure to hostile environments on their way to distant water sources.

Indeed, the difference that access to clean water can make is readily seen when not only hygiene and personal safety, but pollution is considered. Pollution is a major source of suffering for entire communities, and women, being more often socially disadvantaged, often have no choice but to continue drinking toxic water. Take the case of Kenya’s Lake Baringo: at more than 35 times the level recommended by the World Health Organization, the lake’s dangerously high levels of fluoride have caused several thousand local villagers to develop skeletal fluorosis, a debilitating and painful condition resulting in the weakening of bones and joint pain. While men and children have been affected, it is the women of Lake Baringo who have been the hardest hit.

Ester Yokoi is one of these women, having relied on the lake for drinking water for the past 50 years. Three decades ago, the mother of six lost the use of her legs due to skeletal fluorosis and is now forced to drag herself along the ground to reach the shores of the lake. There, she breaks up rocks with a metal hammer to sell as ballast. She barely makes enough to live on, let alone buy bottled water or a rainwater storage tank. Bottled water would be a quick fix to restore some dignity, while broader developmental programs should be focusing on environmental clean-up and restoration.

The issue of water scarcity is a poignant nexus that combines climate change, safety and health like perhaps no other. For women all over the globe, but particularly disadvantaged communities in sub-Saharan Africa, access to safe water means dignity, autonomy – and a path towards greater gender equality.