Home>African Future>Namibians mystified by thousands of seal pup deaths
By AT editor - 23 October 2020 at 11:10 pm 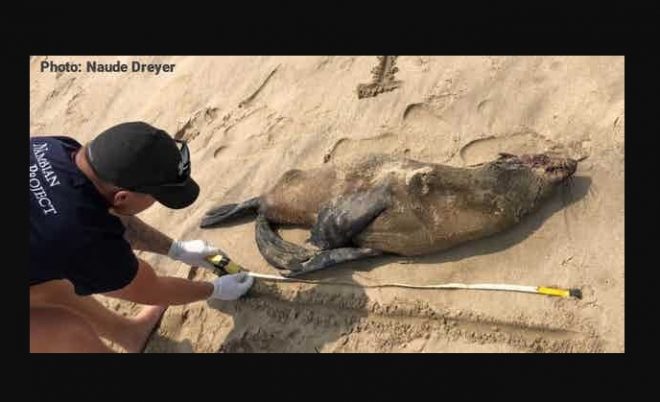 Conservationists in Namibia are concerned over what they say is the unusual loss of Cape fur seals – sometimes called the South African seal – after thousands of seal pups born prematurely have died along the Atlantic Ocean coastline.

“Unfortunately the babies won’t survive,” the organization said. “A few premature births can be witnessed every year, but 2020 is different. Naude didn’t just witness a few cases of premature seal pups, he saw thousands. The beaches are covered in fetuses, surrounded by mothers who mourn the loss of their pups.”

The pups are never born before mid-November, and the situation is so unusual that the marine experts can’t say if there will be any baby seals this year at all. They’re racing against the clock to try and understand why the premature seal pups are dying, and if the cause is related to bacterial or viral infections, or perhaps a lack of the fish on which the seals feed.

They’re appealing for help from the public to raise money to have tests on 30 deceased fetuses done in South Africa. To learn more about the effort, check the fundraising page link here.