Home>ENERGY & COMMODITIES>Ethiopia firm on GERD after Trump says Egypt will 'blow up that dam'
By AT editor - 24 October 2020 at 4:24 pm 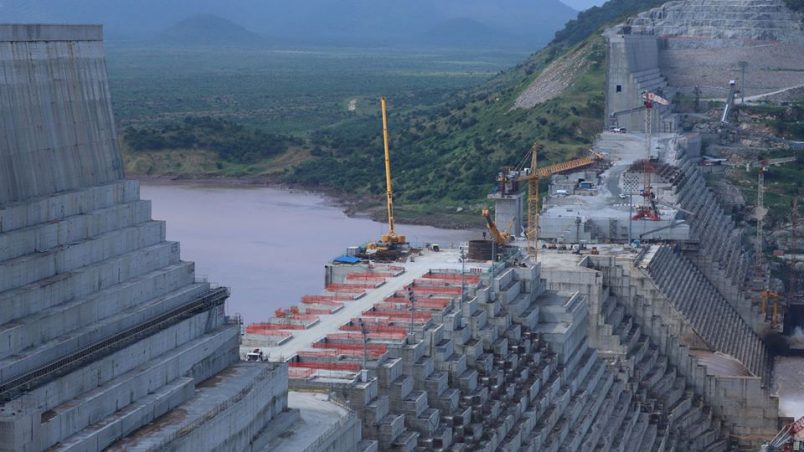 Ethiopia’s response to provocative comments about conflict over the Grand Ethiopian Renaissance Dam, delivered by United States President Donald Trump on Friday, expressed a firm resolve in completing the project despite years of objections from Egypt and Sudan.

“Ethiopia will not cave in to aggressions of any kind,” the office of Prime Minister Abiy Ahmed said in a statement issued Saturday.

“We still wish to reiterate our commitment for a peaceful resolution of the matter on GERD based on cooperation, noninterference, mutual trust and the principle of equitable and reasonable utilization.”

Abiy’s statement follows remarks Trump made during a call with Sudanese and Israeli leaders as they plan to normalize relations. The U.S. president said Egypt will eventually “blow up that dam” over the disputed Nile River water access, further fueling fears that years of negotiations between the three Nile River nations will end in conflict that has indeed been threatened in the past.

“Occasional statements of belligerent threats to have Ethiopia succumb to unfair terms still abound,” the Ethiopian PM said. “These threats and affronts to Ethiopian sovereignty are misguided, unproductive and clear violations of international law.”

Launched in 2011, the GERD project is expected to deliver 15,000 GWh per year in much-needed energy for Ethiopia – an achievement championed by President Abiy Ahmed and his administration because some 60 percent of Ethiopians still lack basic access to electricity.  Yet it leaves Egypt and Sudan concerned about agricultural and other impacts as Ethiopia begins filling the dam.

That’s because the affected Blue Nile in Ethiopia contributes about 85 percent of the water, meeting in Khartoum at its confluence with the White Nile before winding its way to Cairo and the Mediterranean Sea.