Home>Politics & Policy>Guinea opposition says leaders detained after ECOWAS, AU meeting
By AT editor - 27 October 2020 at 2:26 am 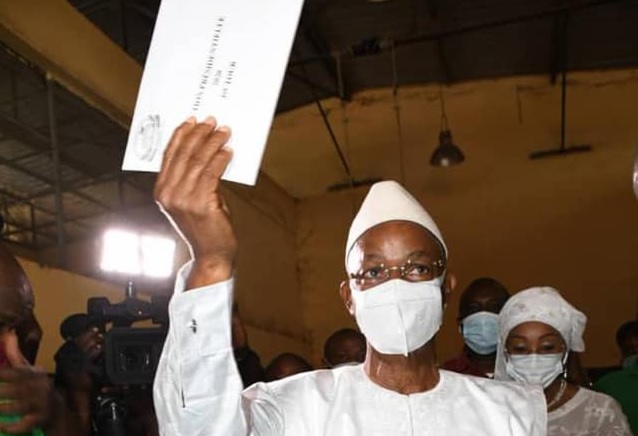 A defiant Cellou Dalein Diallo, the opposition candidate in Guinea who rejects the official victory of President Alpha Condé in the October 18 election, has announced that two opposition leaders – Kalémodou Yansané and Fodé Oussou Fofana – were detained by security forces late Monday.

Diallo said the incident happened at the end of a meeting with negotiators from the Economic Community of West African States (ECOWAS), along with African Union and United Nations representatives who met with Diallo to discuss the election outcome and related political tensions in Guinea.

The opposition leader, who says he has proof that the election results reported by the Independent National Electoral Commission “completely contradict” a tally that shows him the winner, called the arrests a mark of “the lack of respect and consideration” on the part of Condé as well as the international emissaries he says favor the Guinean president.

Diallo and his UFDG party plan to keep up the fight, which raises concerns over the politically motivated violence that Guinea has seen for months.

“Guinea deserves better than a bloody and blind repression of the suffering of its people orchestrated by an illegitimate regime. We will never let go,” said Diallo. “Silence kills. Let’s not be an accomplice of Alpha Condé: let’s mobilize for justice and the return of the rule of law.