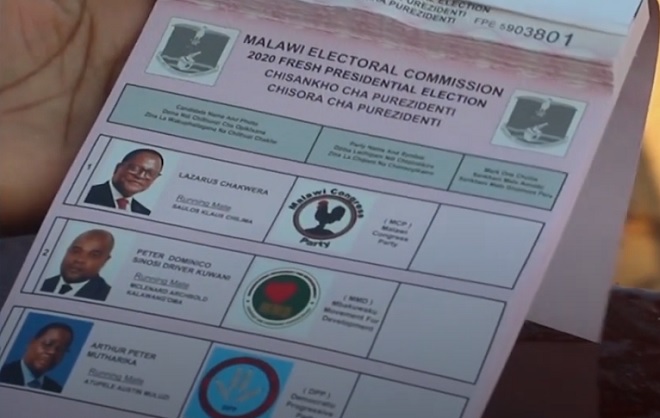 This year’s Chatham House Prize, awarded by the London-based policy institute, goes to the constitutional court judges of Malawi who overturned the 2019 re-election of former president Peter Mutharika and called for new elections that put President Lazarus Chakwera in office instead.

The honor is awarded to those who made the most significant improvement to international relations in the previous year.

“At a time when standards of democratic governance are under threat not only in Africa, but in many democracies, Malawi’s constitutional court judges set an example for their peers across the world by upholding the centrality of the rule of law and separation of powers,” said Chatham House in a statement.

“The 2019 Malawi presidential election result was overturned after a panel of five High Court judges identified ‘widespread, systematic, and grave irregularities’ in the polls and called for fresh elections.”

“This is a historic moment for democratic governance,” said Chatham House director Dr. Robin Niblett. “The ruling by Malawi’s constitutional court judges is not only crucial for rebuilding the confidence of Malawi’s citizens in their institutions, but also for upholding standards of democracy more widely across the African continent.”

The Chatham House Prize was launched in 2005, with previous recipients including Sir David Attenborough, Melinda Gates of the Bill and Melinda Gates Foundation, and former president of Ghana John Kufuor.