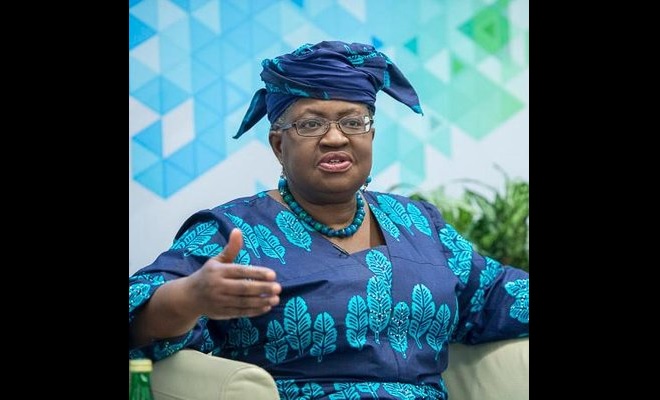 The World Trade Organization says it is standing by Dr. Ngozi Okonjo-Iweala as the most likely selection for the director general position, but that support comes as the United States seeks to block the accomplished Nigerian from becoming the first African woman to lead the WTO.

“The candidate that had the best chance of attaining a consensus of the membership is Dr. Ngozi Okonjo-Iweala of Nigeria,” said spokesman Keith Rockwell, following Wednesday’s committee meeting to update progress on the selection.

“Consultations on the way forward will start immediately,” Rockwell added.

But the U.S. remains a sticking point on the director position, just as it has on several other key WTO appointments. While the selection committee recommends Okonjo-Iweala to its 164 member nations, the U.S. backs South Korea’s Minister of Trade Yoo Myung-hee.

“This is a very difficult time for the WTO and international trade,” said the Office of the U.S. Trade Representative in a statement late Wednesday. “There have been no multilateral tariff negotiations in 25 years, the dispute settlement system has gotten out of control, and too few members fulfill basic transparency obligations.  The WTO is badly in need of major reform.  It must be led by someone with real, hands-on experience in the field.”

Okonjo-Iweala, however, has significant experience including a 25-year career at World Bank as a development economist, where she achieved the No. 2 position of Managing Director, Operations. She served two stints as finance minister in Nigeria and was recognized for her anti-corruption efforts, while receiving numerous accolades and awards on the international stage.

Although WTO historically chooses its leader by full consensus, there is a mechanism to put the candidates to a vote if it becomes necessary because of the U.S. objection to Okonjo-Iweala.