Home>Politics & Policy>Ivorian opposition warns that Ouattara win will lead to civil war
By AT editor - 3 November 2020 at 5:52 pm 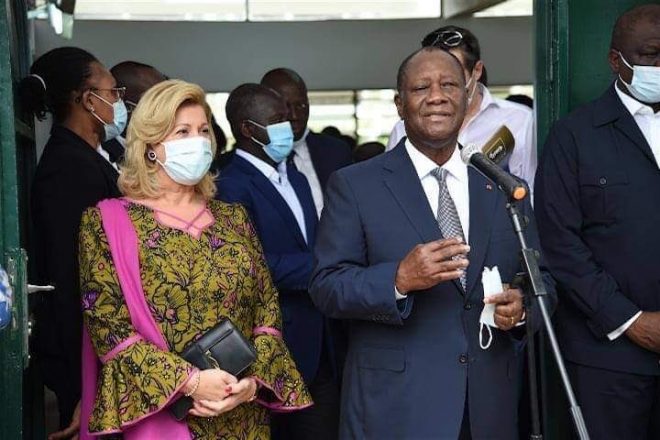 President Alassane Ouattara has won a third term in Côte d’Ivoire, where political and ethnic tensions remain high as opposition leaders dismissed the results and said they plan on setting their own new elections.

The Independent Electoral Commission (CENI) in the West African nation said Ouattara won with more than 94 percent of votes cast on Saturday, but the total comes after the political opposition called for a boycott of a process they deemed illegitimate.

Ivorian opposition leaders have never accepted constitutional changes that allowed Ouattara to seek a third term, especially after the July death of Amadou Gon Coulibaly, the candidate Ouattara initially backed instead. Nor does the opposition fully accept the authority of CENI, which it views as too closely aligned with Ouattara and the ruling Rally of Houphouëtists for Democracy and Peace (RHDP) party.

Former prime minister and presidential candidate Pascal Affi N’Guessan announced the formation of a National Transitional Council as the results were released. He said it will be led by elder statesman Henri Konan Bedie, who served as president during the 1990s.

N’Guessan, whose own house was set ablaze during protests two weeks ago, warned that Ouattara’s third term is likely to lead to civil war in a volatile Côte d’Ivoire. The elections have been marred by months of protests, arrests and violence that led to fatalities, all a sobering reminder of the country’s civil war a decade ago.

“The lack of consensus on the electoral framework has fractured the country,” said the European Union in a statement of concern issued by diplomatic chief Josep Borrell. “Many Ivorians went to the polls, but many others did not, either by choice or by impediment due to the violence and blockades.”