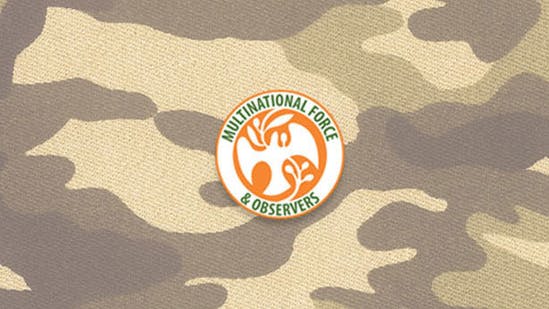 The United States Army identified on Saturday the names of five soldiers who died while supporting a peacekeeping mission in the Sinai region of Egypt this week.

The soldiers died when a UH-60 helicopter crashed on Thursday. They are:

The U.S. personnel were serving with the Multinational Force and Observers (MFO) mission based in Rome. The MFO was created after Egypt and Israel signed a peace treaty in 1979, with 13 nations contributing troops to the force.

In addition to the American casualties, one MFO member from France and one from the Czech Republic also died. One U.S. member survived the crash, which was attributed to mechanical failure but remains under investigation.

“We are deeply saddened by the loss on November 12, 2020, of seven of our uniformed military colleagues from three countries who died in a helicopter crash during a routine mission,” the MFO said in its statement. “Our thoughts and prayers go out to the families of these soldiers at this difficult time. We wish the one U.S. MFO Member who survived the crash a speedy recovery.”