Home>Finance & Economics>Mauritius PM calls for equal access to COVID vaccines
By AT editor - 20 November 2020 at 8:18 pm 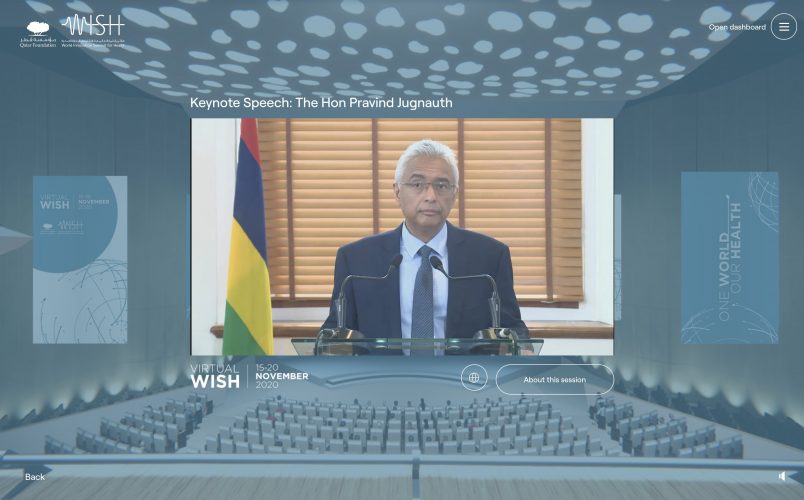 Prime Minister Pravind Jugnauth of Mauritius has called for equitable access to COVID-19 vaccines, saying the pandemic has made painfully clear the inequities that exist between the world’s richer nations and their impoverished counterparts around the globe.

“Such an access is key to change the course of the pandemic and help countries experiencing catastrophic economic and fiscal impacts move toward a resilient recovery,” Jugnauth said, speaking at the World Innovation Summit for Health hosted by the Qatar Foundation. He called for continued global leadership and a coordinated response.

While Mauritius has managed its own crisis fairly successfully, the Indian Ocean island nation faces significant economic challenges linked to the pandemic. Mauritius normally welcomes some 1.3 million tourists each year but Jugnauth said international visitors, both for business and tourism reasons, have slowed and government efforts toward a Mauritius recovery amount to almost 30 percent of GDP.

Jugnauth’s concern, however, is for all nations struggling to develop policy and deliver testing and treatment, including the vaccine. Mauritius has preordered enough vaccine under the COVAX initiative for 20 percent of its population, primarily frontline workers and those most at risk.

“If one thing positive can come out from 2020 – it is that adversity builds commitment, and hope brings resilience,” he said, speaking hopefully about the future.  “This is a war that we, and specially our youth, will not forget and will grow from.”

With the COVID-19 pandemic has come a global spike in the demand for oxygen, and 25…