Home>Politics & Policy>Ethiopia thanks AU envoys but remains firm on Tigray crisis
By AT editor - 27 November 2020 at 11:27 pm 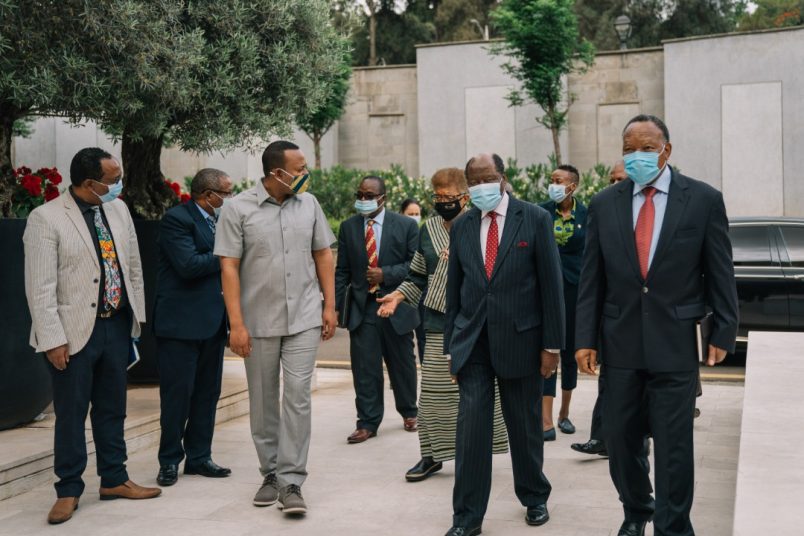 Ethiopia’s Abiy Ahmed agreed to meet with an African Union delegation on Friday, but the prime minister would not permit the AU team to meet with Tigray leaders to help bring an end to the fighting in the country’s north.

“The Prime Minister discussed at length the patience with which his government handled the provocations and destabilization agenda the TPLF orchestrated for more than two years,” Abiy’s office said. But attacks on Ethiopian forces stationed in the Tigray region at the beginning of November constitute treason and were the “final straw that forced the government to act.”

A previous statement from Abiy, issued on Wednesday, warned that although Ethiopia has always supported international cooperation and its role in the AU and other bodies, it also insists on nonintervention in its affairs.

“Ethiopia is very much capable and willing to resolve this situation in accordance with its laws and its international obligations,” said Abiy. “We reject any interference in our internal affairs.”

Filippo Grandi, the United Nations High Commissioner for Refugees (UNHCR), is in Sudan to evaluate the growing humanitarian crisis and said 43,000 people have crossed the border to escape the fighting in Ethiopia.