Home>ENERGY & COMMODITIES>UN rep in Libya keeps focus on harsh realities at LPDF
By AT editor - 3 December 2020 at 12:25 am 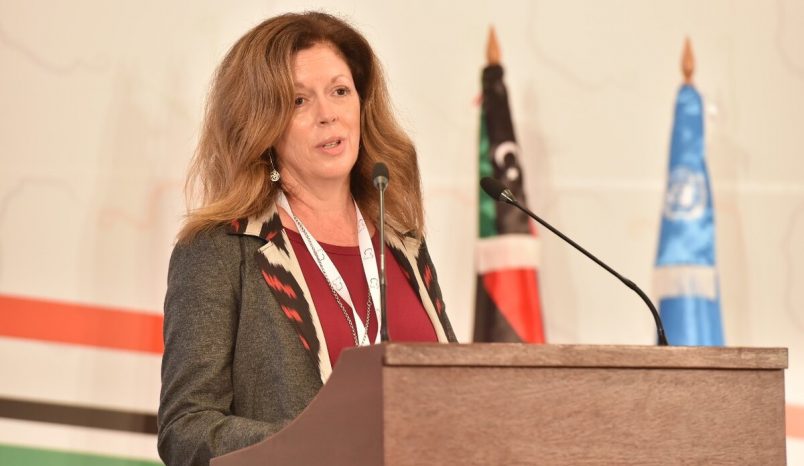 Stephanie Williams, the interim United Nations special representative for Libya, delivered a blunt message to a country in crisis while speaking Wednesday to a meeting of the second round of the Libyan Political Dialogue Forum.

“You have foreign actors who are behaving with complete impunity. You have domestic actors who are engaging in widespread corruption, self-dealing and mismanagement of the country. You have an increasing lack of accountability and human rights problems on a daily basis,” said Williams. “We are getting reports of kidnapping, arbitrary detentions, killings by armed groups all over the country.”

Libya’s crisis has stretched on for nearly a decade, but there are now 20,000 foreign fighters on at least 10 military bases scattered throughout the country, she added. Some 1.3 million Libyans are expected to need humanitarian aid in January and the country’s cash crisis is growing more dire.

Just half of Libya’s power plants are running and US$1 billion in investment is needed to keep the grid from collapsing. On top of that, there are 94,000 confirmed COVID-19 cases, and Williams warned that’s likely an undercount because of poor testing capacity.

Above all, the presence of foreigner fighters creates barriers to moving forward with a national dialogue.

“That is a shocking violation of Libyan sovereignty. You may believe that these foreigners are here as your guests, but they are now occupying your house,” Williams said.

“This is a blatant violation of the arms embargo. They are pouring weapons into your country, a country which does not need more weapons.”