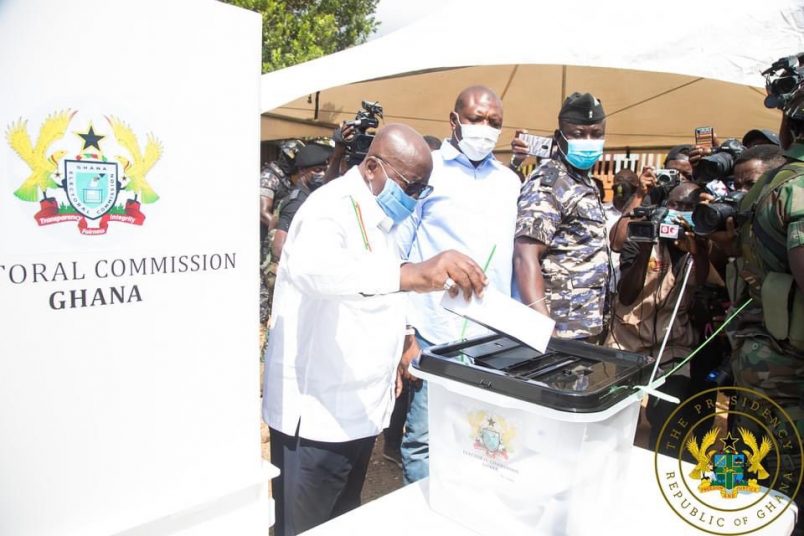 At least two people have been injured in Ghana, following a shooting at a polling station in the country’s central region.

Police confirmed to national broadcaster GBC that unidentified men opened fire on the polling station at Awutu Senya East Constituency and drove off in a black SUV.

The injured, whose conditions were not known, were believed to be affiliated with the National Democratic Congress party and returning presidential hopeful John Dramani Mahama.

The incident occurred as voters in Ghana headed to the polls on Monday for both the presidential and parliamentary elections, with Mahama facing off against incumbent President Nana Akufo Addo of the New Patriotic Party.

Despite the shooting and a weekend clash in which seven people were injured, reports from Ghana suggest the voting has been a largely peaceful process. Akufo Addo, in a Sunday night appeal to the nation, urged Ghanaians to turn out to the polls but remain calm.

“The electoral commission has already assured the country of its readiness to deliver another successful process,” said Akufo Addo, reminding the nation of its proud democratic history and its commitment to peaceful transition.

“At the end of the day, there should be no lingering question about the legitimacy of the election and the winning candidate at the end of the process should receive the unalloyed support of all.”

Mahama and the NDC have already warned of civil unrest and said they doubt a fair process, but the candidate joined Akufo Addo in calling for a peaceful process.

Election officials have begun tallying the results of what is expected to be a close race.

“It is time to be vigilant. Follow the counting process closely,” said Akufo Addo in a social media message.