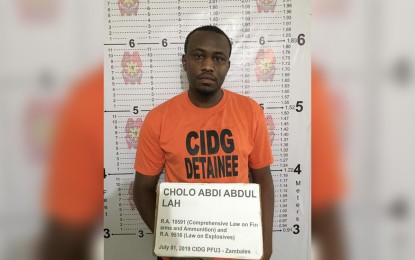 A Kenyan arrested in the Philippines has been transferred to custody in the United States, where authorities say he faces terrorism-related charges after planning another September 11-like aircraft attack in the U.S.

The U.S. Department of Justice said Wednesday that Cholo Abdi Abdullah, 30, was part of a plot directed by senior al Shabaab leaders in East Africa. He took pilot training in the Philippines in order to hijack a commercial aircraft and crash it into a building in the U.S., according to Acting Manhattan U.S. Attorney Audrey Strauss.

“This chilling callback to the horrific attacks of September 11, 2001, is a stark reminder that terrorist groups like al Shabaab remain committed to killing U.S. citizens and attacking the United States,” Strauss said.

Beginning in 2016, Abdullah enrolled in flight school after arriving in the Philippines. Between 2017 and 2019, he attended the flight school and completed tests required for his pilot’s license. U.S. authorities say he researched commercial airline security and equipment, and methods to hijack flights. He also sought out information about a specific but unidentified U.S. target, and looked up what he would need for a U.S. visa.

Abdullah was arrested in July 2019 in the Philippines on local charges but remained loyal to and under the control of al Shabaab, including one leader implicated in the January 2019 Nairobi hotel attack, the U.S. said.