Home>African Future>Pope's Christmas message urges peace in South Sudan
By AT editor - 25 December 2020 at 12:06 am 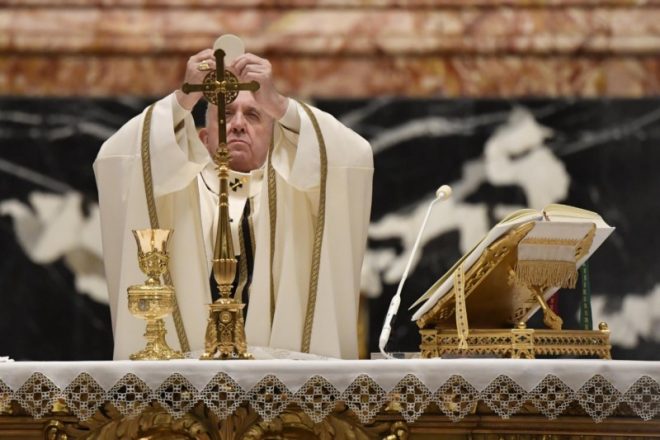 Pope Francis urged leaders in South Sudan to complete their peace agreement and end the years of conflict and crisis, in a greeting aligned with his Christmas messages on Thursday.

“In this Christmas season, we remember that our Lord Jesus Christ came into the world among the least—in a dusty stable with animals,” said the pontiff, in a letter cosigned by the leaders of the Anglican Church and the Presbyterian Church of Scotland.

“Later, he called those who wish to be great in His kingdom to be the servant of all.”

In the same way, the pope appealed to political leaders President Salva Kiir and Riek Machar to end the violence.

“We have been glad to see the small progress you have made, but know it is not enough for your people to feel the full effect of peace,” the letter authors said.

South Sudan still has far to go to achieve the goals of the peace process, meant to end ethnic conflict that began in 2013.

The message to South Sudan leaders comes as the pope, celebrating Midnight Mass in the Vatican Basilica, emphasized the love embodied in the birth of Jesus Christ and at the core of the faith.

“This is the starting point of any rebirth,” said Francis. “This is the indestructible heart of our hope, the incandescent core that sustains existence: beneath our qualities and our defects, stronger than the wounds and failures of the past, the fears and anxiety for the future, is this truth: we are beloved children.”