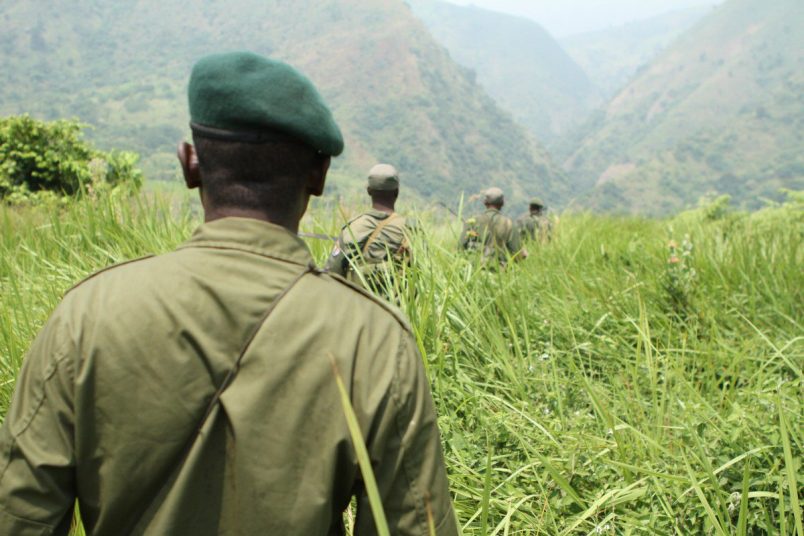 Six park rangers died in an attack by an armed group in Virunga National Park on Sunday in the Democratic Republic of Congo.

Another ranger was seriously wounded, the park said in a statement.

“The ranger has been evacuated to hospital in Goma and his injuries are no longer considered life-threatening,” said park authorities.

The ambush happened at 7:30 a.m. near the town of Kabuendo, not far from the border with Uganda in the central part of Virunga, an internationally recognized site for protecting wildlife that is a frequent target of such attacks.

The rangers were on foot patrol when they were taken by surprise by the armed assailants, identified by Congolese officials as members of local Mai-Mai rebel groups.

The six rangers who died were all between the ages of 25 and 30 years old.

“Virunga National Park deeply regrets the tragic loss of life among its rangers, who work tirelessly and with dedication to protect both the park and the neighboring communities from the tyranny of armed groups,” the park statement said. “Their sacrifice will not be forgotten nor be in vain.”

The 7,800-square-kilometer park is home to the endangered mountain gorilla, found only in the Virunga Massif and Bwindi that span across the borders of DR Congo, Uganda and Rwanda. About a third of the population lives on the DR Congo side along with other wildlife the rangers protect from the increasing threats of regional armed conflict and the illegal wildlife trade.