Home>African Future>HRW annual report presses for change in Egypt
By AT editor - 13 January 2021 at 1:10 pm 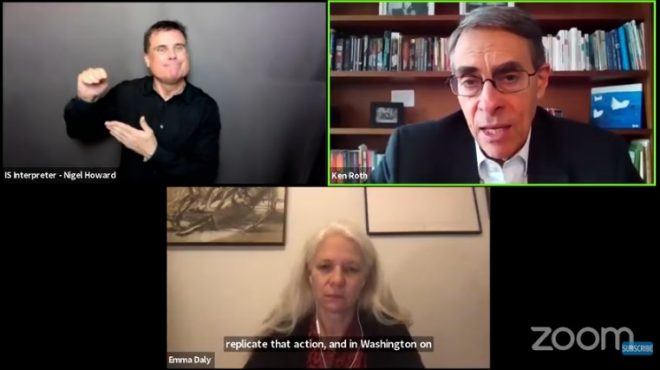 Human rights abuses in Egypt were at the center of a conversation with executive director Ken Roth as the international Human Rights Watch NGO delivered its annual report on developments around the world.

Roth stressed that it’s time for the global community to stop viewing President Abdel Fattah al-Sisi and his regime as a source of regional stability, and to instead address Egypt’s ever-deepening abuses. The remarks came as HRW pressed the United States and its new administration to re-establish its lead on global human rights and hold Sisi to account.

Roth said the case of Alaa Abdel Fattah, an imprisoned Egyptian blogger who has been an activist for a decade, is representative of Egypt’s wider human rights issues. The Covid-19 outbreak in Egypt has made prison conditions even worse, with dozens of people dying in custody and health workers arrested for criticizing the government’s Covid-19 response.

HRW said the international response to Egypt, particularly from the United States, rarely extends beyond “weak expressions of concern” and failed to link security support with any accountability on human rights in Egypt.

This year’s country-specific report urges the U.S. to clean its own house under a new administration led by President-elect Joe Biden, and to act on repressive regimes.

“Biden can be expected to maintain less cozy relations than Trump with certain friendly autocrats such as Putin,” the report said. “But he should also insist that, absent improvement in their conduct, the U.S. government will curb its military aid or (often subsidized) arms sales to highly abusive friendly governments such as Saudi Arabia, Egypt, the United Arab Emirates and Israel.”