Home>Politics & Policy>Uganda awaits vote result after heavy turnout at polls
By AT editor - 14 January 2021 at 10:13 pm 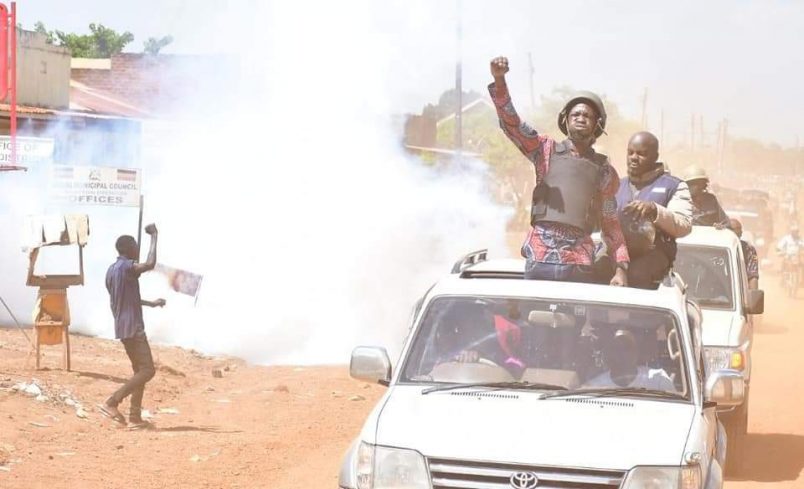 Uganda’s electoral commission says it will report the results of Thursday’s presidential election within 48 hours, but tensions remain high in the meantime as President Yoweri Museveni seeks another much-disputed term and challenger Bobi Wine warns of continued arrests and interference.

Wine, a member of parliament and activist musician with the real name of Robert Kyagulanyi, said Thursday that neither he nor his wife can use their phones amid a broader shut down of the Internet in Uganda.

“I know this is to stop me from communicating to our agents and coordinators,” Wine said in a social media post.

The Internet shut down also appeared to interfere with tallying the votes and manual ballots had to be processed at a number of polling locations instead, according to media reports. The Al Jazeera outlet said Uganda has 17.7 million voters and turnout was heavy, with long lines in Kampala under the watchful eye of armed military personnel.

Among the irregularities reported by Ugandan sources were missing ballot boxes from polling stations, new arrests of those supporting Wine and the National Unity Party (NUP), and the withdrawal of one independent MP candidate who said her supporters were arrested on the way to Kayunga.

The battle between Wine and Museveni spans years, with Wine taking his MP seat in 2017 and remaining the most visible and high-profile challenger throughout Museveni’s successful bid for constitutional changes that allowed the 76-year-old to run for office again.

Tensions in Uganda and questions over the legitimacy of the election have attracted international concern, with the United States announcing Wednesday that it would no longer serve on the election observer mission. Ugandan officials denied more than 75 percent of the observer credentials the U.S. requested.

“With only 15 accreditations approved, it is not possible for the United States to meaningfully observe the conduct of Uganda’s elections at polling sites across the country,” said U.S. Ambassador Natalie E. Brown, who stressed that the U.S., as with other countries and organizations, does not support any candidate but sought to ensure fair elections.

“Despite multiple requests, the Electoral Commission provided no explanation for its decision, which it communicated mere days before the elections,” Brown added.