Home>News>Museveni wins in Uganda, Wine remains under military guard
By AT editor - 17 January 2021 at 12:47 am 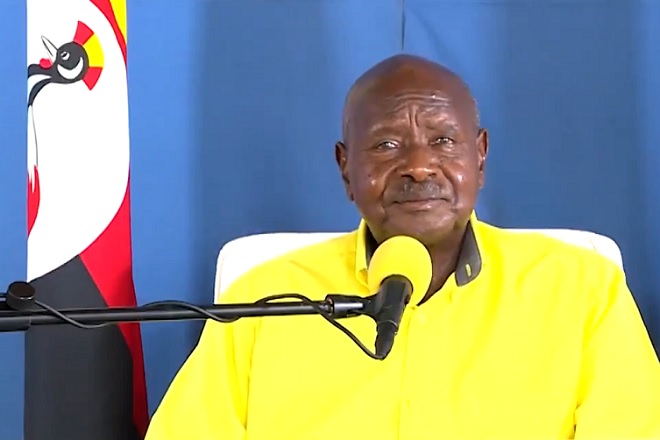 President Yoweri Museveni was named the winner of Uganda’s contentious presidential election on Saturday, with the country’s electoral commission confirming a 58.6 percent of the vote for the 76-year-old leader and his ruling National Resistance Movement (NRM) party.

Opposition leader Bobi Wine and the National Unity Platform (NUP) party secured just over a third of the total, with 34.8 percent of the vote share announced by the electoral commission – a result that Wine, a member of parliament and activist musician, quickly rejected.

Wine has warned of continued arrests and widespread fraud, and said Saturday that “the military has taken charge” and no one is allowed to enter his home.

“None of these military intruders is talking to us. We are in serious trouble. We are under siege,” said Wine in a social media message.

Wine had said Thursday that neither he nor his wife can use their phones amid a broader shut down of the Internet in Uganda, which appeared to continue into the weekend.

The battle between Wine and Museveni spans years, with Wine taking his MP seat in 2017 and remaining the most visible and high-profile challenger throughout Museveni’s successful bid for constitutional changes to allow the 76-year-old to run for office again.

The president has now been in office since 1986, and is expected to continue to work with a NRM majority in the legislature.