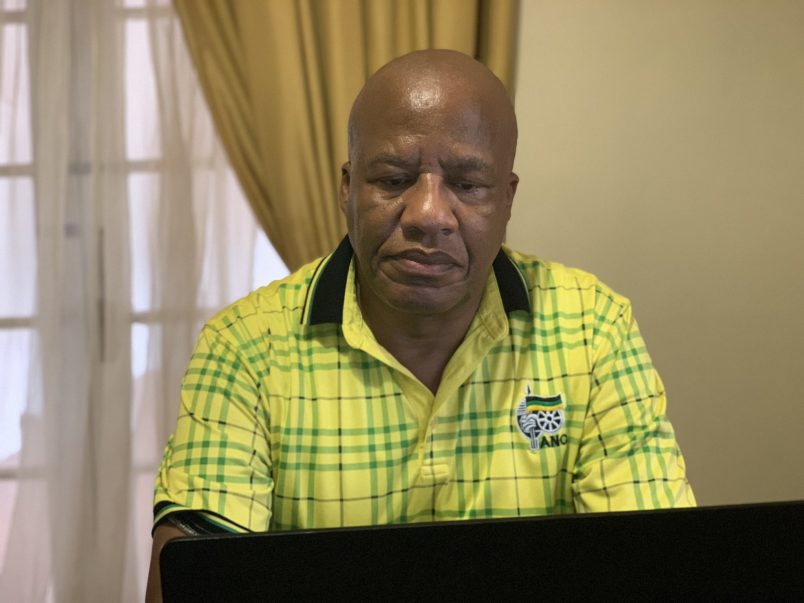 South Africa is the latest nation to bid farewell to one of its high-level ministers because of COVID, as President Cyril Ramaphosa announced Thursday the death of longtime African National Congress member Jackson Mthembu.

The 62-year-old Mthembu, above, an ANC national executive committee member with a legacy of anti-apartheid and labor activism, publicly acknowledged his positive coronavirus test on January 11 after seeking treatment at a hospital in Tshwane. He died of COVID complications early Thursday morning.

“Minister Mthembu was an exemplary leader, an activist and life-long champion of freedom and democracy,” said Ramaphosa of his Minister in The Presidency. “He was a much-loved and greatly respected colleague and comrade, whose passing leaves our nation at a loss.”

Ramaphosa’s announcement comes one day after his counterpart in Zimbabwe, President Emmerson Mnangagwa, offered his condolences to the nation upon losing foreign minister Sibusiso Busi Moyo to the pandemic.

“Zimbabwe has lost a devoted public servant and a true hero, and I have lost a friend,” said Mnangagwa. “He fought his entire life so that Zimbabwe could be free. May he rest in peace.”

Other nations to mourn the loss of key officials or former leaders have included Morocco, eSwatini, Ghana and Malawi.

The news of Mthembu’s death comes as health officials report troubling pandemic trends on the African continent, where cases are rising while access to vaccines is delayed when compared with other parts of the world.

John Nkengasong, head of the African Centres for Disease Control and Prevention, told reporters Thursday that the case fatality rate is creeping up and “very worrying and concerning for all of us.”