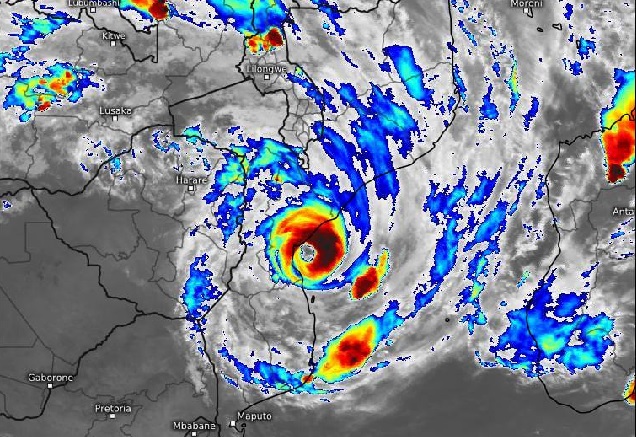 Tropical Cyclone Eloise has made landfall in Mozambique, after strengthening upon its approach into the equivalent of a borderline Category 2 hurricane just before arriving near the port city of Beira.

Images shared by South African Weather Service and local media outlets showed vehicles swamped and trapped by the widespread flooding, along with damage to trees and roofs. Winds that reached 160 kilometers per hour also knocked down utility towers.

The Instituto Nacional de Meteorología (INAM) in Mozambique, which had been tracking the storm and issuing forecast warnings, said early Saturday that it was unable to continue providing updates because the power was out in the city of Beira. Electricity and communications remained out across much of the surrounding region.

There were no immediate reports of casualties.

The Mozambique Red Cross Society (Cruz Vermelha de Moçambique) and international partners said more than one million people were living in the path of the storm, with more than 4,000 homes in Buzi already flooded ahead of Eloise’s arrival.

“The provinces of Inhambane, Manica, Niassa, Sofala, Tete and Zambezia have already received between 200mm and 300mm of rains since 9 January and are predicted to receive heavy rains in the days ahead,” the agency said ahead of the storm’s landfall. “The Inhanombe and Mutamba basins in southern Mozambique are both at alert levels—in addition to the Buzi and Pungue basins in central Mozambique.”

The same region has been hit by cyclones at least three times in recent years, including the devastating storm Idai in 2019.

Eloise continues to weaken as it moves across Mozambique and into neighboring South Africa and southern Zimbabwe.