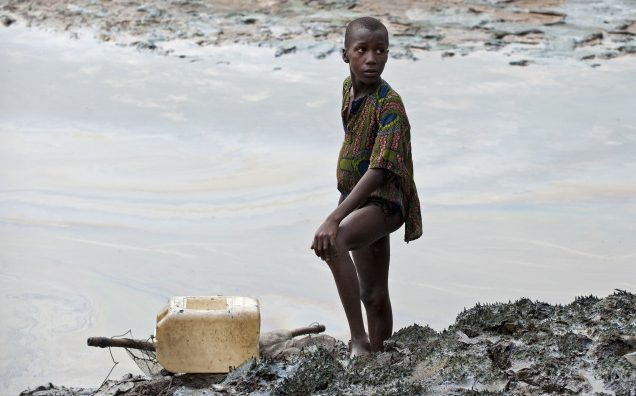 A decision by Dutch courts to hold oil giant Royal Dutch Shell responsible for damages in Nigeria was met with disappointment from the company, even as campaigners celebrated a victory in the years-long case over oil spills that affected farmers in villages near its pipelines.

“This is a hopeful day for all victims of oil companies’ pollution and human rights abuses,” said Jill McArdle of  Friends of the Earth Europe. The organization assisted Nigerians living in Oruma and Goi with the filing and anticipates the decision will open the door to similar cases involving offshore activities of multinational firms.

“No victim should have to wait 13 years for justice,” McArdle added. “We need better EU laws now to hold European companies liable for what happens in their supply chain. Thousands of Europeans are demanding the EU holds businesses accountable in its upcoming proposal for a new law.”

The company acknowledged the decision but continued to deny it was responsible.

“We continue to believe that the spills in Oruma and Goi were the result of sabotage. We are therefore disappointed that this court has made a different finding,” said Royal Dutch Shell in a statement. “Sabotage, crude oil theft and illegal refining are a major challenge in the Niger Delta.”

Plaintiff Eric Dooh of Goi said he was glad to finally see justice for the Nigerian people and the wake-up call in the Netherlands, the latest European nation to make companies accountable for environmental and human rights abuses in their supply chains.

“Finally, there is some justice for the Nigerian people suffering the consequences of Shell’s oil. It is a bittersweet victory, since two of the plaintiffs, including my father, did not live to see the end of this trial,” said Dooh. “But this verdict brings hope for the future of the people in the Niger Delta.”

Image: Friends of the Earth