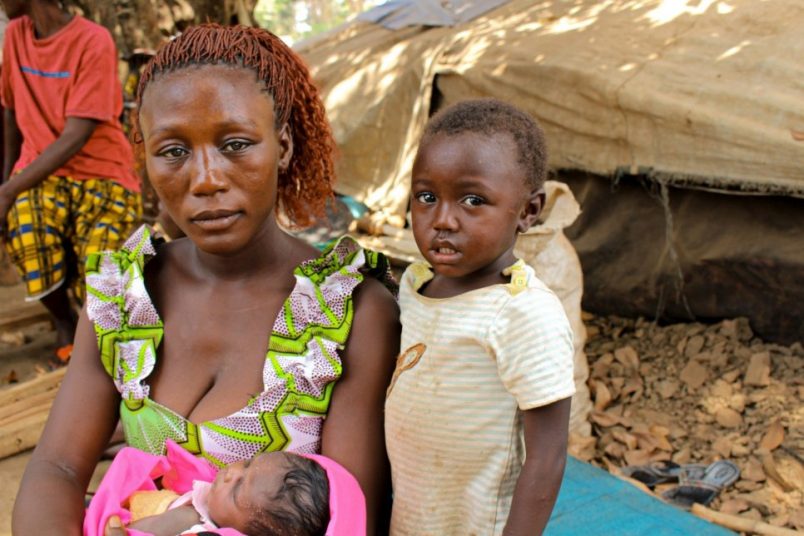 The elections last month in Central African Republic brought a fresh wave of political violence affecting more than 200,000 people who are now displaced, according to the United Nations High Commissioner for Refugees (UNHCR).

“The continuing volatility has hampered the humanitarian response and made access to the internally displaced more difficult. The main road used to bring supplies has also been forced shut,” the UN agency said Friday.

“Armed groups are reportedly present in the Batangafo and Bria sites where displaced communities are sheltering, in violation of the humanitarian and civilian nature of those sites. Such presence poses a grave protection risk for those displaced, from risk of forced recruitment to restriction of movement to extortion or threats.”

Nearly half of those displaced have crossed the border into Democratic Republic of the Congo, with more than 13,000 people fleeing C.A.R. into Cameroon, Chad and Congo-Brazzaville. Those refugees continue to arrive, with many saying the fled with nothing when they heard the gunfire. The increased violence followed the re-election of President Faustin Archange Touadéra on December 27.

“Most refugees are living in dire conditions in remote, hard-to-reach areas close to the rivers without basic shelter and facing acute food shortages,” the UN agency said. “They are dependent on catching fish and on what the local villagers can spare. Unfortunately, the host communities in these remote areas have extremely limited resources.”

Aid workers are seeing an increase in malaria and other diseases among the displaced who rely on river water. They also note that poor road conditions and the remote locations are limiting access to humanitarian aid, which has already begun in the Ubangi and Bas Uele provinces.

UNHCR, stressing the need for urgency and additional funds, warns that in another six weeks the seasonal rains will mean airlifting assistance to refugees in those provinces.