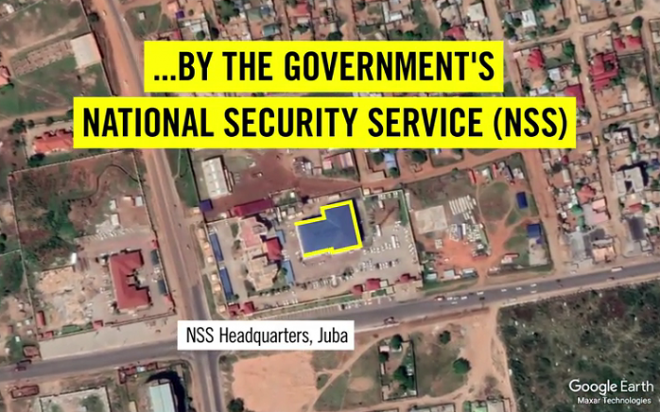 The surveillance society in South Sudan is harnessed by the state in service of repression, according to a new report from Amnesty International that focuses on impacts to journalists and opposition groups critical of the government.

The report, called “These Walls Have Ears” – The Chilling Effect of Surveillance in South Sudan,” draws on interviews with 63 South Sudanese activists, journalists and lawyers who reported experiences with the country’s surveillance technologies. The research team also looked at more than 57 reports from international organizations including the United Nations, and laws in South Sudan that allow the National Security Service to conduct surveillance.

Amnesty said that among those documents was evidence that an Israeli firm supplied technology to South Sudan to intercept communications. It also reports widespread infiltration of South Sudanese companies, NGOs and the media, with NSS agents active in neighboring countries as well.

“The depth and breadth of the NSS’s spy network creates an environment that infringes on freedom of opinion, expression and privacy,” the human rights group said.

Most activists said they are not deterred by the surveillance and harassment, but the Amnesty director for East and Southern Africa said the practices have a chilling effect on civil actors. “The threat of surveillance is a weapon in itself – government critics and human rights activists told us they live in constant fear of being spied on,” said Deprose Muchena.

Although South Sudanese activists say they speak out despite the risks, they have to carefully weigh what they say and feel the pressure and worry for themselves and their families.

“You cannot speak without thinking twice,” said one activist.