Home>Commentary>The case for renewed sanctions on Myanmar military officials
By AT editor - 5 February 2021 at 10:45 am 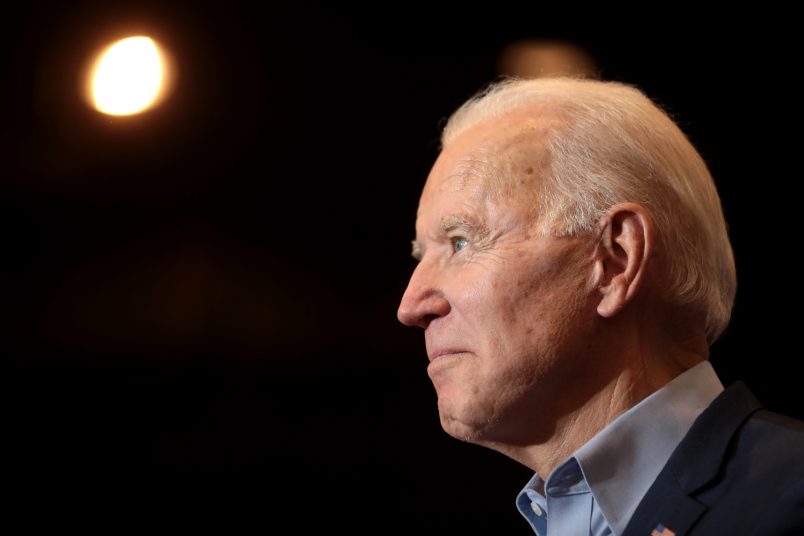 Monday morning’s arrest of the democratically elected leader of Myanmar, Aung San Suu Kyi, and party officials from the National League for Democracy (NLD) in a military coup, has sparked international outrage. Just hours before the new government were set to convene for the first time, the military seized control under the auspices of alleged election fraud, in what has been described as a “serious blow to democracy” by UN Secretary-General Antonio Guterres.

The recent developments in the Southeast Asian country are adding to the already immense pressure on the new administration in Washington to pursue a more human rights-centred  foreign policy distinct from that of the Trump presidency. Mindful of this, President Joe Biden has floated the idea of extending and strengthening financial sanctions to target all Myanmar junta officials and the businesses they have a hand in.Activists are calling on the US and others to impose sanctions on the ambitious Commander-in-Chief, Min Aung Hlaing, in particular, but some pundits are questioning the effectiveness of Western boycotts. A renewed and strengthened embargo today would demonstrate that usurpation of this kind will not go unreprimanded on the international stage – but will pressure from Washington suffice to counteract the coup?

According to the US Treasury, the ultimate goal of blacklisting is “not to punish, but to bring about a positive change in behaviour of illicit actors”. In cases of international human rights abuses, the US Office of Foreign Assets Control (OFAC) has a mandate to block assets, impose travel bans and trade restrictions on transactions in US-Dollars or with Americans – often with harsh effects on the sanctioned entity.

One such barred individual is Russian billionaire Arkady Rotenberg, who has been under sanctions since 2014. Rotenberg has recently made headlines again for claiming to be the owner of a lavish seaside palace which Kremlin critic Alexei Navalny had alleged belonged to President Putin. The sanctions, however, have turned out to be a double-edged sword: while Rotenberg’s finances have taken a hit in the wake of the sanctions, they have also had the adverse side effect of pushing him further into Putin’s circle of influence, having been ostracised by the West. It is therefore no surprise that he stepped up to take the fall for Putin. As such, the international call for an extension of the list of sanctioned Russians, following Navalny’s arrest, is unlikely to have any concrete impact on the behaviour of Russian plutocrats.

A change of heart in the Congo

That doesn’t mean that sanctions are useless – quite the opposite. Sanctions can indeed induce betterment in malefactors and bring them back in line with international laws and regulations. This is particularly the case when the sanctioned individual is more reliant on the international economy, rather than a domestic network of powerful allies in a closed political system.

Take, for instance, the influential Israeli mining magnate Dan Gertler, who saw himself imposed with sanctions by Donald Trump amongst accusations of corruption and for his proximity to former Democratic Republic of the Congo (DRC) President Joseph Kabila. In this case, the OFAC blacklisting has had far more clout. The punishment was eased in January after Gertler expressed clear willingness to comply with international standards, in a clear indication that the measures are showing the intended effects. The easing of the sanctions, in the form of a one-year special license permitting Gertler to do business with American entities and in US-Dollars, is itself an important step, proving that good behaviour will be rewarded – an important detail, because if a position on the sanctions list was a permanent predicament, there would be no incentive to reform for those who have been so publicly named and shamed.

Indeed, the one-year probation period means that all of Gertler’s activities – both business and philanthropic – will be rigorously tracked, pressuring him to toe the line, or else be dropped by Washington’s outstretched palm. This will also facilitate monitoring the promises of transparency Gertler has made to ensure his “compliance program meets the strictest criteria set by OFAC and UK, DRC and Israeli authorities, and for this program to be supervised by universally recognized outside advisors”.

The lifeline thrown to Gertler last month will have reverberated with those who sat beside him on the sanctions list, who have seen their assets frozen and their business deals dry up. Given that Myanmar has a lot to lose on the economic front, could US boycotts effect the same reversal of fortunes there?

There is cautious reason for optimism, given that US sanctions have a strong track record of success in causing restraint, as the penalties levied on the military by Obama curtailed the power of the military leaders and catalysed the release of anti-regime prisoners in 2011. Even so, the country has now fallen back into the unscrupulous hands of those responsible for the quasi-genocide against the Rohingya minority. An ever-powerful player in domestic politics, Suu Kyi sacrificed her international reputation by denying the military’s misdeeds against the minority group, in a futile attempt to appease the generals.

With Suu Kyi’s whereabouts currently unknown and the country’s future uncertain, the people of Myanmar are reliant on external intervention. Biden’s warnings this week will ring hollow if he falls short of imposing OFAC restrictions on Myanmar’s military. The US President was able to extinguish allegations of election fraud in his own country just last month. He must now do the same for the beleaguered Burmese by sending out a signal that the usurping administration is illegitimate and help restore America’s credibility in the process.

As the case of Dan Gertler in the DRC shows, sanctions can be an effective means of supporting international leaders with similar democratic ideals to the US, from Navalny to Suu Kyi. For the good of embattled human rights everywhere, Washington should be confident in parcelling out sanctions to those who cross the line.