Home>Politics & Policy>Interim Libyan leaders chosen, but no easy road to elections
By AT editor - 6 February 2021 at 12:42 pm 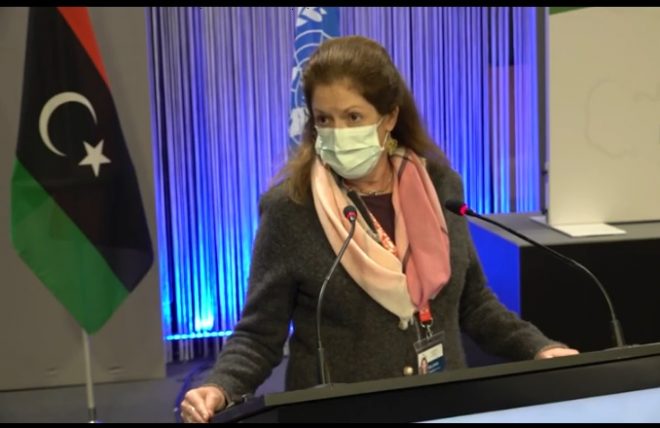 The announcement Friday of new leadership in Libya brought some optimism that the volatile and fractured nation may have turned toward peace and a pathway to elections, but much skepticism remains despite the establishment of an interim presidency council.

“Realistically, I don’t think we are beyond the military phase in Libya,” said Libyan journalist Mustafa Fetouri in an interview with Al Jazeera news. “I think another violent phase is unfolding.”

The remarks followed confirmation of the results of voting held by the Libyan Political Dialogue Forum (LPDF) in Geneva, which established Mohammad Younes Menfi as president of the Presidency Council alongside council members Mossa Al-Koni and Abdullah Hussein Al-Lafi.

In addition to the three-member Presidency Council, Abdul Hamid Mohammed Dbeibah was chosen as prime minister. The new structure is meant to replace the United Nations-backed Government of National Accord (GNA) in Libya, which has remained in conflict with a rival government in the country’s east. Libya has yet to establish a stable and secure government since the fall of Muammar Gaddafi in 2011.

Stephanie Williams, acting special representative for the UN in Libya, said there were 73 ballots cast for the winning slate of executive leaders with 34 votes cast for the runners-up group. There were four such groups approved for the voting, according to UNSMIL.

Among other formidable challenges, the new Libyan leadership team is responsible for preparing the nation for elections planned late this year. A 2019 national dialogue, meant to lead to the long-delayed elections, was derailed by a military offensive launched against the GNA by Khalifa Haftar and the rival Libyan National Army in the east.