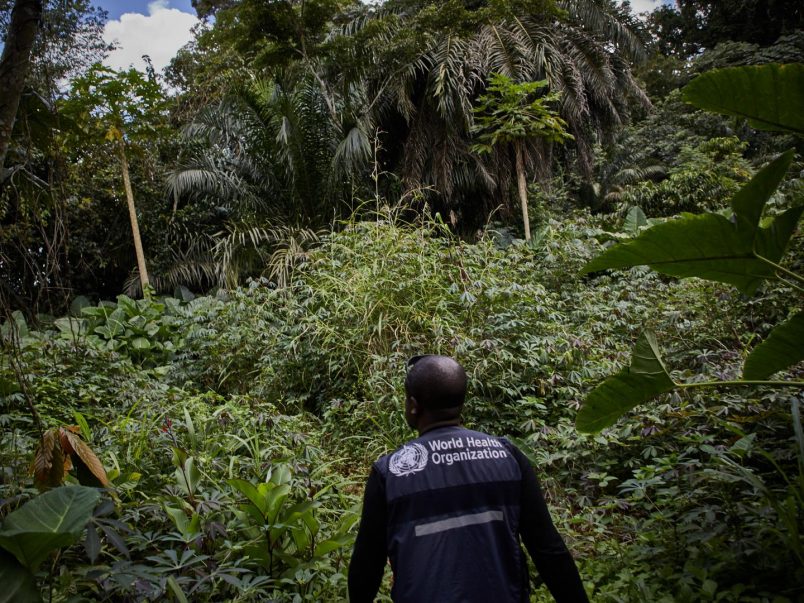 The head of the World Health Organization said Monday that officials in Democratic Republic of Congo have identified more than 70 contacts of a woman with confirmed Ebola virus who has already died.

“WHO is supporting local and national authorities to trace them and provide care where needed,” said Tedros Adhanom Ghebreyesus during a WHO briefing, one that focused primarily on the COVID pandemic and vaccines.

“So far, no other cases have been identified, but it is possible there will be further cases because the woman had contact with many people after she became symptomatic,” Tedros added. “Vaccines are being sent to the area and we hope that vaccination will start as soon as possible.”

The case comes from the city of Butembo in North Kivu province, which bore the brunt of a previous Ebola outbreak declared over last June. The woman was married to an Ebola survivor.

The Congolese health ministry said she sought treatment for Ebola-like symptoms at a local health clinic and the National Institute of Biomedical Research (INRB) confirmed Ebola in her lab samples.  It is not unusual for “sporadic cases” to occur following the kind of major outbreak that occurred in North Kivu and claimed nearly 2,300 lives, the WHO said.

“The expertise and capacity of local health teams has been critical in detecting this new Ebola case and paving the way for a timely response,” said Dr Matshidiso Moeti, the WHO Regional Director for Africa. “WHO is providing support to local and national health authorities to quickly trace, identify and treat the contacts to curtail the further spread of the virus.”