Home>SECURITY>Ebola concerns spread as Liberia warns of suspected case
By AT editor - 19 February 2021 at 2:38 am 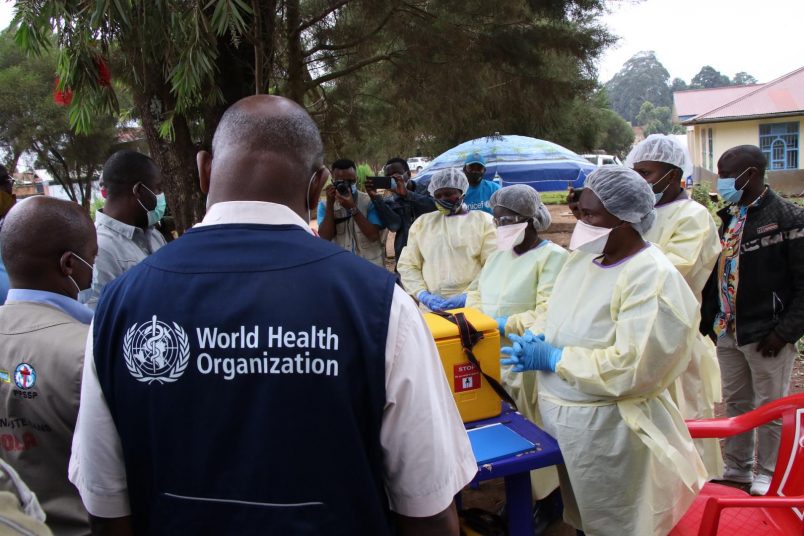 Liberians waited anxiously for the results of an Ebola test after a woman with serious symptoms was treated at a Monrovia clinic, reportedly having traveled to Nzerekore, the city at the center of neighboring Guinea’s expanding Ebola outbreak.

Health minister Dr. Wilhemina Jallah confirmed the suspected case during press comments but stressed there is not yet any positive result. The woman remains under treatment at Redemption Hospital, with test results expected to be public on Friday.

Jallah urged Liberians to be cautious, especially those living near the borders with Guinea and Sierra Leone as they increase their vigilance against Ebola infection as well as the ongoing COVID pandemic. The World Health Organization expects Ebola vaccines in Guinea by the weekend and 100 experts on the ground by the end of the month as the response ramps up.

The three countries bore the brunt of an Ebola outbreak in West Africa that claimed 11,310 lives before it was declared over in 2016. That experience has helped to prepare the region for pandemic and the international community for response, but it comes with a bitter history.

“This has terrifying echoes of the 2013 outbreak, which also started in Guinea,” said Balla Sidibe, regional director for the humanitarian organization CARE.

“In many of these countries, health facilities are already overstretched with COVID-19 and are likely to be overwhelmed should we face another expansion of the Ebola pandemic in this region. A big worry is that the cases could spread into neighboring countries such as Côte d’Ivoire, Liberia, Sierra Leone and Mali.”