Home>Finance & Economics>Niger elections trigger violence, fatal explosion
By AT editor - 22 February 2021 at 1:17 am 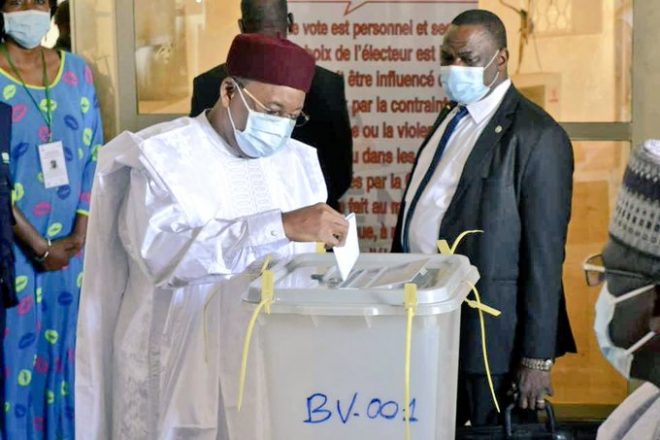 Seven members of Niger’s Independent National Electoral Commission died Sunday when the vehicle they traveled in struck an improvised explosive device along a route near Waraou in the country’s troubled west.

The explosion injured three others, according to an RFI report. It happened as Nigeriens went to the polls for the second round of their presidential election, with Mohamed Bazoum facing off against former president Mahamane Ousmane. Neither candidate won an outright victory in December as Niger began selecting a successor to Issoufou Mahamadou.

“I learned with regret and sadness (of) the terrorist attack which caused the death of 7 CENI agents in the exercise of their function,” said Issoufou, who stepped down after two terms in office. “In this painful circumstance, I extend my condolences to the families of the victims and wish speedy recovery to the injured.”

The bombing was one of several violent incidents to affect the Nigerien elections, according to security analysts at MENASTREAM. An armed group vandalized a polling place and stole a vehicle belonging to the PNDS-Tarayya party supporting Bazoum in a second attack in the Tillabéri region.

Bazoum, a close ally of Issoufou who is widely favored to win the election, also condemned the violence.