Home>Politics & Policy>US takes helm at UN Security Council with focus on Africa
By AT editor - 1 March 2021 at 10:47 pm 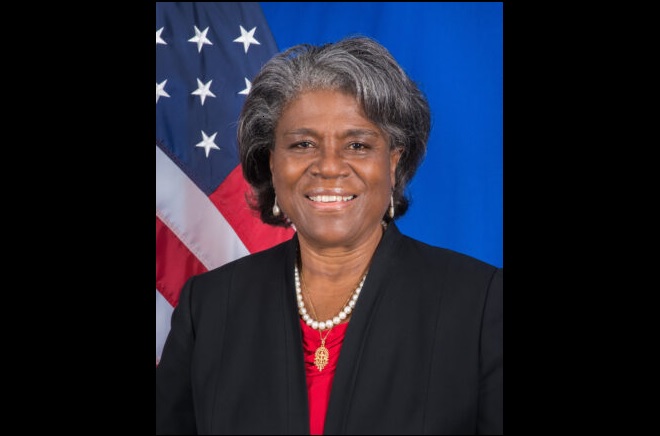 Linda Thomas-Greenfield, the new United States Ambassador to the United Nations, said Monday that African affairs will be a priority as the U.S. takes up the presidency role for the United Nations Security Council this month.

A briefing on South Sudan is set for Wednesday, followed by a Sudan briefing next week. Libya and the Democratic Republic of Congo are the focus of briefings scheduled for later in the month, Thomas-Greenfield said.

“We will put urgent humanitarian crises in the spotlight,” Thomas-Greenfield added. “We will specifically look at conflict-induced starvation and hunger in Yemen and Ethiopia during our signature event on March 11.”

Additionally, representatives from Kenya and Tunisia will participate in an informal “Arria formula” meeting on gender equity also co-sponsored by Ireland, Mexico and the U.S.

“President Biden is fond of saying that America – that in America, there’s no problem we can’t solve if we work together, and I know for a fact that that is true,” the ambassador said. “I also know, from my decades as a U.S. diplomat, on four continents across the globe, that the same is true when nations work in concert toward prosperity, security, and peace.”

Biden appointed Thomas-Greenfield to the role upon taking office in January and she was sworn in last week. She previously served as the Assistant Secretary of State for African Affairs during the Obama administration, served as the U.S. ambassador to Liberia, and held diplomatic posts in Kenya, The Gambia and Nigeria, among others.