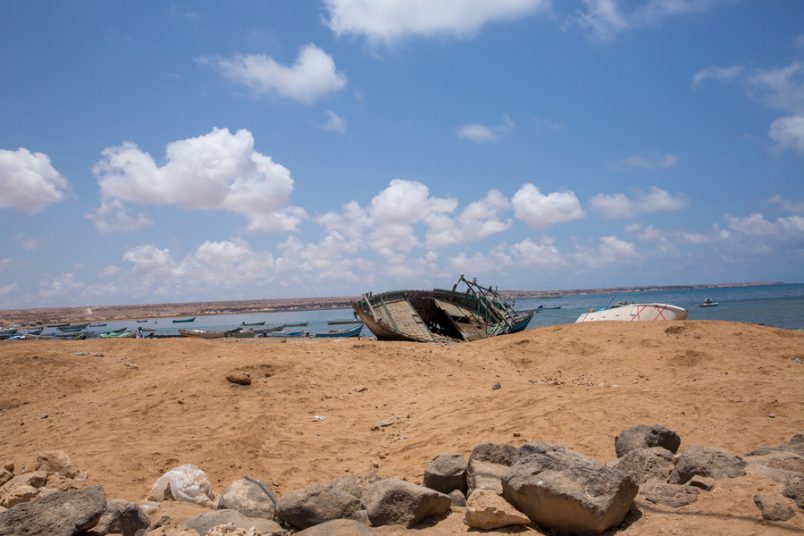 Smugglers forced dozens of migrants overboard in the Gulf of Aden on Wednesday, forcing some 80 people to their deaths by tossing them into the sea after leaving Djibouti.

The International Organization for Migration said at least 200 passengers were aboard the boat when it departed, but the traffickers started removing some of them about a half-hour after launching their journey toward Yemen.

So far there were five recovered bodies, with survivors under care at the United Nations agency’s Migrant Response Centre in Obock. IOM said this was the third such incident in the last six months. Two of them occurred in October, with at least 50 migrant fatalities.

“We work closely with the authorities in Djibouti to assist migrants, but Wednesday’s tragedy is further proof that criminals continue to exploit people desperate to improve their lives for profit regardless of the consequences,” said Stephanie Daviot, IOM’s Chief of Mission for Djibouti.

“Smugglers and human traffickers must be prosecuted for their crimes, and new migration pathways established to allow people to pursue work opportunities abroad in a safe, legal and dignified manner.”

IOM did not indicate the migrant nationalities, but the route is commonly used by migrants from Ethiopia, Somalia and other East African nations. Yemen is a temporary destination as they travel to Gulf nations for jobs.

IOM said about 138,000 people made the journey in 2019, compared with just 37,500 in 2020 because of the COVID pandemic. Authorities are concerned about an uptick in travel as COVID restrictions ease.