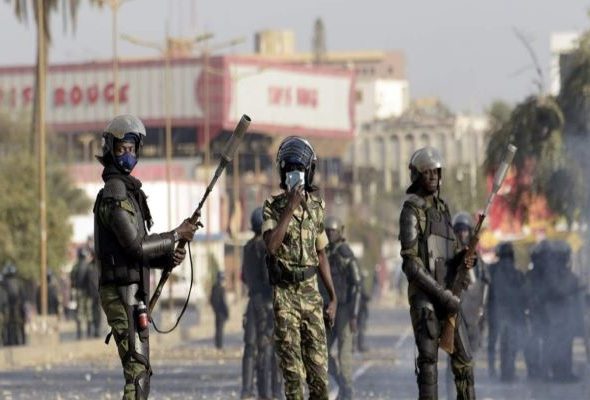 Senegalese activists have called for three days of street protests to begin Monday, following last week’s arrest of opposition leader Ousmane Sonko and escalating violence that led to the deaths of at least four people.

The Movement for the Defense of Democracy (M2D), a coalition of groups demanding change in the West African nation, announced the decision in a press conference late Saturday afternoon. They’re also demanding the release of political prisoners held by President Macky Sall and his government, and respect for the constitution that protects the rights of Senegalese citizens.

Sonko’s arrest on rape charges on Wednesday touched off a wave of fighting between police and military authorities and Senegal’s opposition supporters, leading to dozens of arrests. Streets were closed and shops were damaged in Dakar, while the senTV and Walfadjiri television signals were cut off along with much of the nation’s Internet access.

The arrest appeared to be a tipping point in the ongoing frustration of young Senegalese dealing with the COVID-19 pandemic and a lack of economic opportunity, particularly amid accusations that COVID vaccines are being diverted to the country’s elites.

“The thousands of youth who brave the sea and the desert to reach Europe, risking their lives, obviously have nothing to lose and saw in these protests both an outlet and a way to obtain what they need to live for a couple of days,” said M2D.

The new coalition called on the international community to pay attention to what is happening in Senegal. Both the African Union and ECOWAS, as well as global human rights organizations, have called for restraint.