Home>Politics & Policy>Big Tobacco ploughing crooked furrow in African markets
By Editorial Board - 18 March 2021 at 11:40 am 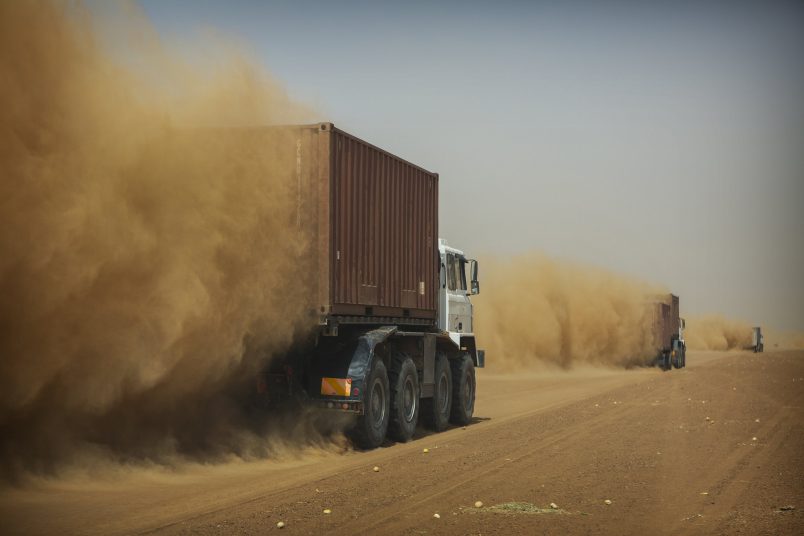 Note: This article was updated on March 26, 2021 to include comments from Apollinaire Compaoré.

Two troubling recent investigations from the Organized Crime and Corruption Reporting Project (OCCRP) have shone a fresh spotlight on the tobacco industry’s continued complicity in tobacco smuggling in Africa. The first highlighted how Philip Morris (PMI)’s representative in Burkina Faso, Apollinaire Compaoré, remains in the tobacco giant’s employ despite being well-known throughout the region for his illegal trading activity, with the UN even explicitly identifying him as a tobacco smuggler.

Meanwhile, the second report is perhaps even more damning for the tobacco industry. In it, the OCCRP uncovers the extent to which another major player, British American Tobacco (BAT), is fuelling the illicit trade in Mali. By oversupplying the country with the foreknowledge that the surplus will fall into the hands of smugglers and stoke instability by filling the coffers of extremist militant networks, BAT is maximising its profits while undermining taxation schemes and public health initiatives alike in the country.

Together, the two investigations highlight what public health campaigners and industry insiders have long warned: while Big Tobacco may talk a big game on stamping out the black market, it is itself deeply involved in the illegal tobacco trade in Africa and beyond. The fresh reminder of how the tobacco industry only has its own interests at heart should give governments new impetus to resist industry interference with their tobacco control measures, particularly the track-and-trace systems designed to cut down on the parallel tobacco trade.

The sole distributor of Philip Morris tobacco products in Burkina Faso is SODICOM, a company owned by Apollinaire Compaoré—a controversial figure nicknamed the “boss of bosses” in a not-too-subtle nod to The Godfather. Compaoré, one of the richest men in the country and a rumoured relative of former Burkinabé president Blaise Compaoré, has parlayed his plentiful friends in high places into a lucrative business empire encompassing everything from telecoms to lottery tickets, not to mention his position with PMI.

According to the OCCRP investigation, Compaoré’s entrepreneurial bent extends to less legal activities as well. Former colleagues, as well as industry insiders, have claimed that the “boss of bosses” has been responsible for trafficking “many, many billions” of contraband cigarettes across West Africa, smuggling which likely funded insurgent groups. Compaoré’s firm SOBUREX has been implicated in smuggling PMI products illegally in three countries, while both SOBUREX and SODICOM are registered with Burkina Faso’s Chamber of Commerce, but don’t appear to have paid a single cent in taxes. Anecdotal evidence of Compaoré’s vindictive and ruthless nature–including apparently having employees imprisoned–merely compounds an unflattering portrait of the man to which PMI entrusts all of its Burkinabé business.

If the first OCCRP report threw aspersions on the integrity of PMI’s African operations, the second drags competitor BAT through ditchwater. A veritable mountain of damning evidence – collated from leaked internal documents, trade data and on-the-ground interviews with insurgents, industry insiders and ex-BAT employees – shows that the company is pumping a surplus of 4.7 billion cigarettes into Mali every year. Through a network of informants, BAT stays abreast of black-market activity in the country and openly discusses how best to exploit areas of conflict for financial gain in its internal memos.

Perhaps even more concerningly, BAT is apparently doing all of this with the knowledge (and presumed complicity) of the Malian government. Bamako seems to have turned a wilful blind eye to gross inaccuracies in tax figures from Mali’s state-backed tobacco company Imperial Brands, which helps BAT distribute its cigarettes in areas of the country controlled by insurgent militias.

Far from clamping down on BAT’s chicanery, the customs body in Mali signed a Memorandum of Understanding (MoU) with them in 2019—an agreement that only formalised a mutually beneficial relationship built on corruption. Indeed, according to an internal document OCCRP obtained, BAT not only bankrolled customs raids—with employees of the tobacco company feeding officials intelligence to allow them to seize tobacco products manufactured by BAT’s competitors—but also gifted customs officials new cars and patrol boats.

As one industry insider remarked, this combination of oversaturating the market and relying on lax customs enforcement is a time-honoured tobacco industry strategy: “oversupply plus lack of local controls leads to grey trade. That’s been a big part of BAT’s […] business model for years”. Indeed, the two recent OCCRP reports just add to a staggering backlog of evidence that incriminates Big Tobacco in facilitating the parallel trade which has killed countless Africans, either from tobacco-related illnesses or through attacks mounted by insurgents who have been funded by the illicit business. Indeed, the tobacco industry has suffered a series of high-profile court cases and settlements for its involvement in the black market over the last 20 years, most notably in 2004 when PMI agreed to pay the European Commission $1.25 billion.

Shortly after that landmark case, the Framework Convention on Tobacco Control (FCTC) came into force, with its Protocol to Eliminate Illicit Trade not far behind. One of the cornerstones of the instrument is the implementation of a robust track-and-trace system intended to stamp out the black market—a system which the Protocol specifically emphasizes must be completely independent from the tobacco industry.

Unsurprisingly, given its history of duplicity, the tobacco industry has gone to great lengths to worm its way into track-and-trace schemes. PMI devised its own system, Codentify, which the major tobacco companies have used front groups to promote around the world despite the fact that experts do not consider it fit for purpose. The industry’s relentless lobbying has paid dividends—the EU track-and-trace system, for example, has been accused of handing key responsibilities over to the tobacco industry, rendering it ineffective.

The tobacco majors are intensely lobbying African governments to adopt similar systems—but the recent OCCRP reports should remind policymakers why the industry can’t be trusted anywhere near vital tobacco control measures like track-and-trace schemes. No system developed or backed by the likes of BAT and PMI will quash illicit trade—because, as the OCCRP reports have underlined, they have a vested interest in keeping the underground trade alive.

Mr. Apollinaire Compaoré issued the following response to this article:

‘Mr. COMPAORÉ objects and strongly stands against allegations implicating him and his companies, SOBUREX and SODICOM, in the article of the Africa Times dated March 18, 2021, entitled: “Big Tobacco ploughing crooked furrow in African markets”. Lines 5 to 8 of the article indicate that “Apollinaire Compaoré, remains in the tobacco giant’s employ despite being well-known throughout the region for his illegal trading activity, with the UN even explicitly identifying him as a tobacco smuggler”. Lines 26 to 29 relate that: “The sole distributor of Philip Morris tobacco products in Burkina Faso is SODICOM, a company owned by Apollinaire Compaoré—a controversial figure nicknamed the “boss of bosses” in a not-too-subtle nod to The Godfather”. Lines 36 to 42 also indicate that “[…] the “boss of bosses” has been responsible for trafficking “many, many billions” of contraband cigarettes across West Africa, smuggling which likely funded insurgent groups. Compaoré’s firm SOBUREX has been implicated in smuggling PMI products illegally in three countries, while both SOBUREX and SODICOM are registered with Burkina Faso’s Chamber of Commerce, but don’t appear to have paid a single cent in taxes”.

Mr. COMPAORÉ wishes to emphasize that such allegations and accusations are unfounded and unacceptable. Mr. COMPAORÉ and his companies, never have and never will carry out any smuggling activities, never have and never will work, directly or indirectly, with any insurgent groups, as well as they never have financed, directly or indirectly any illegal purpose. Moreover, Mr. COMPAORÉ wishes to remind that he has always been respectful of Burkinabe legislation as well as all the rules of international trade law and that he carries out his activities with high requirements and professionalism. Since 1996, Mr. COMPAORÉ has always had full trust from his respected partner, the Philip Morris company. All his life, Mr. COMPAORÉ promoted business in strict compliance of the law with the only goal to ensure development and enrichment of west-African population. Mr. COMPAORÉ intends to pursue his activities without having to endure unfounded and systematic mediatic disgrace everytime he undertakes any activity whatsoever. Finally, Mr. COMPAORÉ confirms his one and only wish is to ensure development of business in his country in full compliance of the rule of law.”