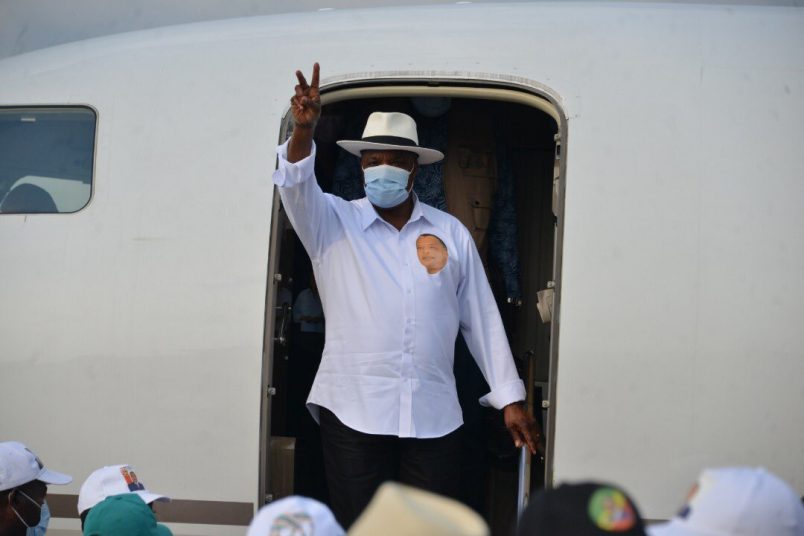 Authorities in the Republic of Congo say Denis Sassou N’guesso, the country’s longtime ruler, is set for victory in elections held Sunday.

Henri Bouka, head of the country’s electoral commission, told local media the results in one district of Brazzaville reflected an overwhelming majority for the 77-year-old Sassou N’guesso, who has effectively served as dictator for decades. Those results are consistent with what Bouka expects to see across the central African nation.

Congo-Brazzaville has long known political volatility and this election was no different. Opposition leaders boycotted the election while alleging fraud and manipulation, leaving Guy Brice Parfait Kolélas as the only viable opposition candidate. He previously ran against Sassou N’guesso in 2016 after the latter successfully pressed for constitutional changes that removed age limits for the presidency.

But Kolélas would never see the results of this year’s election because he died while taking an emergency flight to France for medical treatment. Kolélas was flown from Brazzaville on Sunday after becoming critically ill with COVID-19 and did not survive the trip.

Kolélas, short of breath as he removed his oxygen mask, urged his followers to turn out at the polls nonetheless in a video recorded from the hospital and sent to local media outlet ICIBRAZZA.

The electoral commission is expected to announce the full presidential election results later this week.